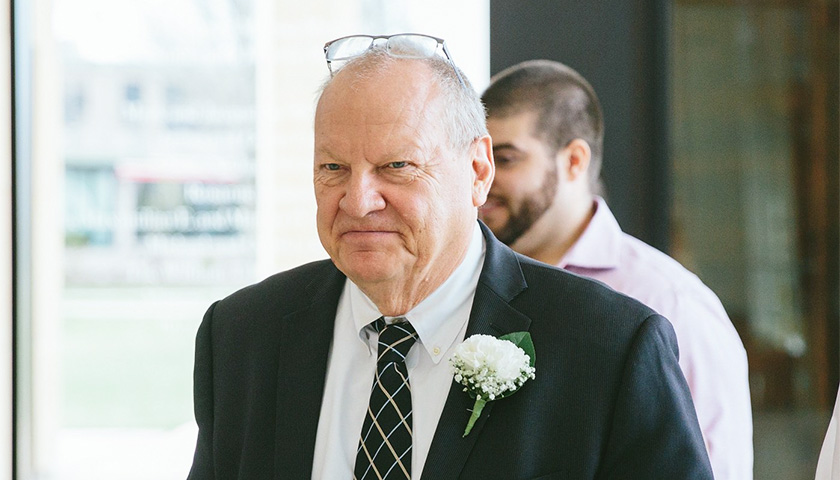 Gary Rose, political science and global affairs chair and professor at Sacred Heart University in Connecticut, will retire from the institution this spring after 40 years of teaching following an alleged dispute regarding curriculum change and diversity programming.

The Dean of the Department of Arts & Sciences, Mark Beekey, had asked Rose to implement within his department “new courses and diversity stuff added to the curriculum,” Ryan Silverstein, a Sacred Heart alumni and Rose’s former research assistant, told The College Fix in a telephone interview.

Silverstein said Rose was also told to change the department name to Global Affairs and to install a “track” system for majors similar to that at Stanford University.

The Fix contacted Rose twice for comment by email in January, the latest on January 12, and he declined both requests.

“It’s best that I not publicly comment on this development,” Rose told The Fix via email.

Rose allegedly disputed the proposed changes offered by Beekey, citing concerns over the potential impact on the educational quality of the department and major, Silverstein stated.

Rose informed Silverstein on the morning of Dec. 9 he intended to resign from Sacred Heart at the end of the spring 2023 semester, Silverstein said.

Silverstein praised Professor Rose for his impact on the department and his students in a Twitter thread December 5.

“Really sad to hear that Dr. Gary Rose has been forced out of his position as chair of the Department of government by my Alma Mater @sacredheartuniv and has now resigned as a tenured professor of government,” he tweeted.

Really sad to hear that Dr. Gary Rose has been forced out of his position as chair of the Department of government by my Alma Mater @sacredheartuniv and has now resigned as a tenured professor of government.

“I cannot emphasize how much this loss will hurt the [Sacred Heart] community as Gary Rose is quite literally is the Department of Government,” Silverstein continued. “He has mentored literally thousands of students over his 40+ year career at Sacred Heart and has hired nearly every assoc. prof. there.”

“I feel for the future pioneers who have now lost a brilliant and respected scholar. Gary Roses last day at Sacred will be June 15, 2023. I applaud him on a stellar career and wish him the best.”

Silverstein was president of the Sacred Heart College Republicans in 2021, according to an article in The Spectrum, a Sacred Heart University newsletter. He is currently a J.D. candidate at Villanova University’s Charles Widger School of Law, according to his Twitter and LinkedIn profile.

“I was recently told that Professor Gary Rose is finally leaving Sacred Heart after 41 years (if I remember correctly) teaching at the university,” he wrote.

In 144 comments to the post as of January 14, dozens of people in the alumni group praised Rose and wished him well.

“Gary L. Rose, PhD has been a political science professor for 40 years, specializing in the field of American politics,” according to his university bio. “In addition to his teaching, Professor Rose has published fourteen books on various subjects, including Connecticut government, the American presidency, constitutional law, and presidential elections.”

Rose has also received a host of academic awards, earning the Sacred Heart University Faculty Scholarship Award and the Marion Calabrese Outstanding Faculty Award twice each, and SHU Student Government’s “Those Who Make a Difference Award,” according to his biography. Rose was also recognized by the Carnegie Foundation for the Advancement of Teaching and the Council for Advancement and Support of Education as “The Connecticut Professor of the Year” in 2011.

Beyond his accolades, Silverstein emphasized to The Fix Rose’s dedication to fostering a balanced and open-minded approach to teaching politics. His classes included lively debate and discussion across ideological and partisan lines, and his students’ views of him were positive, Silverstein said.

Silverstein confirmed by phone that Rose will proceed to teach at another institution following his departure.

College Fix contributor Peter Gattuso is a student at Connecticut College studying economics and political philosophy. He serves as President of the College Republicans club, and is Editor-in-chief of The Conntrarian.
Photo “Gary Rose” by Sacred Heart University.