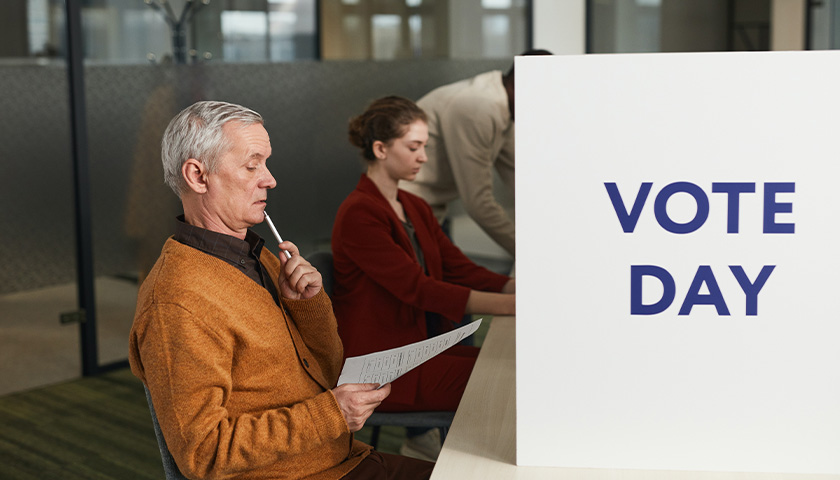 As Democrats take over the top leadership positions in Arizona, progressives on both sides of the aisle are moving to codify policy prescriptions. Once such group, Save Democracy Arizona (SDA), is looking into getting an initiative on the ballot in 2024 that would open up primary elections to everyone and possibly implement ranked choice voting. The new group is composed of Democrats and also moderate Republicans who seek to stop conservative Republicans from getting elected to office.

Brickman went on, “Most troubling now, however, is the active participation of the McCain and moderate/RINO Republicans not only supporting these election changes, but as they did during the height of the Tea Parties, it appears they are working with Democratic operatives to take over conservative-leaning/MAGA Legislative Districts by running newly minted registered Republicans (many who are actually Democrats in ‘sheep’s clothing’) in Precinct Committeeman primaries to vote out conservative PCs, and then take over the leadership of the LD Boards – pretty much neutralizing that LD’s conservative grassroots activism.”

Arizona has a semi-closed primary system, meaning Republicans and Democrats automatically receive a ballot in the primary, but independents and other political parties must request one of those. With an open primary, any voter can vote with any party ballot. SDA executive board member Sarah Brown Smallhouse explained why the group wants the change. “Because so few people (request a ballot), we almost have closed primaries,” she said. In recent years, independents have outnumbered both Republicans and Democrats in much of the state.

Republicans generally oppose open primaries because they make it easier for Democrats to manipulate which Republican candidate wins the primary. In Florida, Democrats aligned with Republicans in 2020 to defeat a measure opening the state’s primaries.

Ranked choice voting would place all candidates for an office on the primary ballot — Republicans, Democrats, independents, etc. — with voters ranking them in order of preference. The five candidates who receive the most votes advance to the general election.

An Arizona ballot initiative to switch to “top two” voting failed in 2012. It would have placed all candidates for an office on one ballot in the primary regardless of party affiliation, with the top two vote-getters advancing to the general election. That system has been adopted in California and Washington.

SDA includes a coalition of Democrats and liberal Republicans. Maricopa County Recorder Stephen Richer is one of the “team members,” sparking concern from Bob Brickman, an election and regulatory Phoenix in Phoenix. Richer, an attorney, already raised questions about ethics with his role founding and leading a PAC to support GOP election fraud deniers. Brickman told the Sun Times, “Richer is the latest in a long line of establishment Republicans who’ve slowly, but purposely, dismantled local precinct voting especially in Republican precincts, in favor of an establishment-controlled centralized voting and computerized tabulation systems lacking in transparent accountability safeguards, including proper chain of custody and mail-in ballot signature verification.”

He went on, “And Richer being an attorney, has already raised questions about ethics with his role founding and leading a PAC to support GOP election fraud deniers, and with his apparent flip-flopping in his positions on election fraud and conducting fully transparent election audits. Unless and until the conservative-leaning/MAGA PCs and State Committeemen can re-engage their supporters for a counteroffensive, including electing BETTER VETTED county and state party board members and candidates, the Republican Party will continue to shift more and more progressive with each passing election.”

Other team members include new Secretary of State Adrian Fontes, who tried to mass mail ballots to voters who hadn’t requested them when he was Maricopa County Recorder until then-Attorney General Mark Brnovich went to court to stop him, and Andrew Yang, a progressive who ran unsuccessfully for president in 2020. National affiliates include Unite America and RepresentUs.

The website includes an article from NBC titled “Arizona Plots to Eradicate ‘Extremists,’” referring to MAGA candidates like Kari Lake. SDA believes that open primaries and ranked choice voting will make it harder for MAGA candidates to get elected. Yang said during an interview about Lake, “Dodging a bullet is not a sustainable strategy. She very narrowly lost. If you look up and say, ‘Well, everything is going to be fine in the future,’ it doesn’t make any sense.”

Former gubernatorial candidate Matt Salmon, who lost to Lake in the primary, said he fully expects to see the initiative on the 2024 ballot.

In order to get on the ballot, advocates will need to collect 500,000 valid signatures. With Republicans still in control of the Arizona Legislature, they won’t be able to bypass that by having legislators send the measure to the ballot instead. To make the ballot, an initiative must have enough petition signature circulators, which usually requires a significant amount of money since it’s not easy to get enough volunteers, and must be started early enough so there is enough time.

Rachel Alexander is a reporter at The Arizona Sun Times and The Star News Network. Follow Rachel on Twitter. Email tips to [email protected]
Photo “Election” by Edmond Dantès.