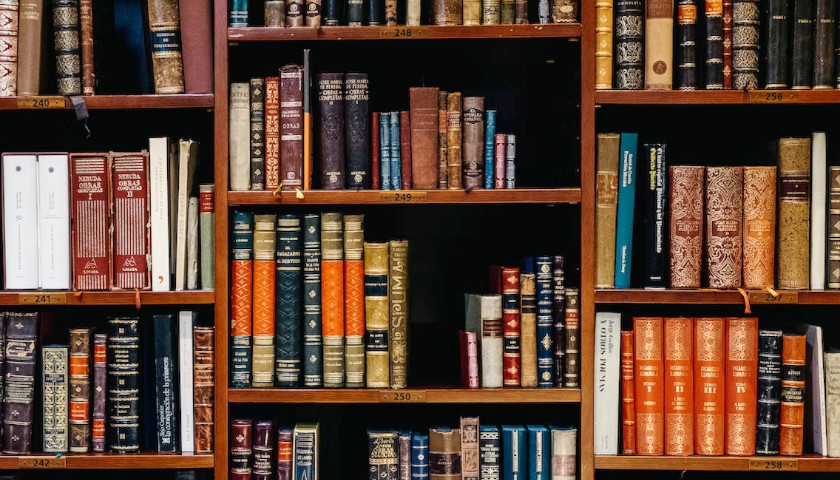 A Wyoming library board has cut its ties with the American Library Association (ALA) and its state affiliate over support of sexually explicit books in the children’s sections of local libraries that include indoctrination in gender ideology and other aspects of radical LGBTQ activism.

The Campbell County Library Board in Gillette, Wyoming, voted 4-1 to break ties with the ALA after months of parental outcry about the books, promoted by the national organization, that have been viewed as pornographic and an attempt to normalize a transgender lifestyle, The Epoch Times reported last week.

An earlier report in November by Mass Resistance noted parents from the Wyoming affiliate of the Massachusetts-based pro-family activist organization exerted “months of pressure on public officials” regarding the sexually graphic books recommended by the ALA.

Mass Resistance reported the library board announced its complete break with the ALA:

The Campbell County Public Library (CCPL) will no longer have any association with, nor be associated with The American Library Association (ALA) its affiliate organizations, subdivisions or subsidiaries thereof. No CCPL public funding will be used for any membership, training, informational services, or events sponsored by the aforementioned groups or any groups associated with them. CCPL policies will be adjusted to reflect the same.

Among the books cited by Mass Resistance, with the links to some of the pages, are, for young children, Sex Is a Funny Word and How Do You Make a Baby, and for teens, This Book Is Gay, Gender Queer, and TransMission.

Further descriptions about the books and photos can also be viewed at Cowboy State Daily.

Parents in the community expressed their outrage about the books by funding two billboards to inform others of their presence in the children’s and teens’ sections of the libraries.

Mass Resistance observed that while Wyoming’s Campbell County Library Board is the first to order a complete break in ties with the ALA, “[t]here may be libraries that have exited from the ALA on their own.”

The Star News Network reached out to the ALA for comment on the library board’s decision to break with the organization and is awaiting a response.

According to Cowboy State Daily, Wyoming Library Association (WLA) President Conrrado Saldivar said in October that while he could not speak for the ALA, he called the CCPL board’s decision to break ties with the state affiliate “unfortunate” and a “loss of support from the board itself.”

On Tuesday, the ALA retweeted this post promoting its “Action Toolkit” for communities to fight “book bans.”

🔨 Facing book challenges in your community? Check out our Action Toolkit: https://t.co/MaiNOy6R21 We've created tips for grassroots organizing, a template resolution, talking points, and more to help you and your community #UniteAgainstBookBans. pic.twitter.com/kGeO270Azl

UniteAgainstBookBans is “a national ALALibrary initiative to empower readers everywhere to stand together in the fight against censorship.”

According to the website of the ALALibrary initiative’s “toolkit”:

A small but vocal group is driving the current flood of book bans in school and public libraries across the country. It’s important to counter those voices by uniting in support of the freedom to read in your local community. How can you and your community unite against book bans? We’ve put together this action toolkit to help you get started.

The narrative strategy of the leftist ALA is not unlike the abortion industry’s framing of ending the life of an unborn baby as “women’s healthcare,” and the government/Big Pharma/Big Tech’s depiction of mandatory COVID vaccines as caring about one’s community.

The ALALibrary initiative contains “talking points,” which, it states, “should be customized to reflect your own voice.”

“These can be tailored to talk about a specific book that is being challenged or used more generally to oppose book bans,” ALA says and includes narratives seemingly intended to equate children having access to sexually explicit material as “exercising democratic freedoms,” and to divide parents by attempting to minimize the influence of what is referred to as a “small group of parents” who are protesting the inappropriate books.

The “talking points” include:

Reading is a foundational skill, critical to future learning and to exercising our democratic freedoms.

Parents have the right to guide their children’s reading, but parents should not be making decisions for other parents’ children. Specifically, a small group of parents should not dictate what books other people’s children are allowed to read.

Young people deserve to see themselves reflected in a library’s books.

Books are tools for understanding complex issues. Limiting young people’s access to books does not protect them from life’s complex and challenging issues.

The firestorm over the availability of highly sexual material that is accessible to children in school libraries has continued to rage following the election of a self-described “Marxist lesbian” as the ALA’s next president.

ICYMI: The American Library Association (ALA) just elected a self-described Marxist as its new president. Not what you want to see for the future of libraries. pic.twitter.com/kvbenTv07o

Idaho native Emily Drabinski ran her campaign for ALA president on “collective power” and “public good.”

“As ALA president, I will direct resources and opportunities to a diverse cross section of the association and advance a public agenda that puts organizing for justice at the center of library work,” she vowed.

In a television interview with KTVB 7, Drabinski said she found outrage by parents over sexually explicit books in school libraries and the subsequent cutting of the Idaho library system’s budget by $3.8 million to be “scary,” and that the idea that public libraries are “sort of pushing pornographic materials on our patrons – and it’s really not, not what we do at all … there’s no big library agenda.”

In July 2021, however, Drabinski conducted a presentation titled “Teaching the Radical Catalog,” in which she referred to the idea of introducing multiple gender identities into the library catalog system as part of “critical thinking.”

At one point during the presentation, she lamented that “heterosexuality is not named, but implied,” because “it is the norm that does not need to identify itself and against which everything else must be understood and defined.”

During her campaign for her new post, Drabinski received the endorsement of American Federation of Teachers President Randi Weingarten.

“In the face of increasing challenges to school library books and teachers’ curricula, we need a strong American Library Association defending free inquiry in our shared pursuit of the public good,” Weingarten said. “Emily Drabinski knows how to organize and mobilize on behalf of library workers and our communities.”