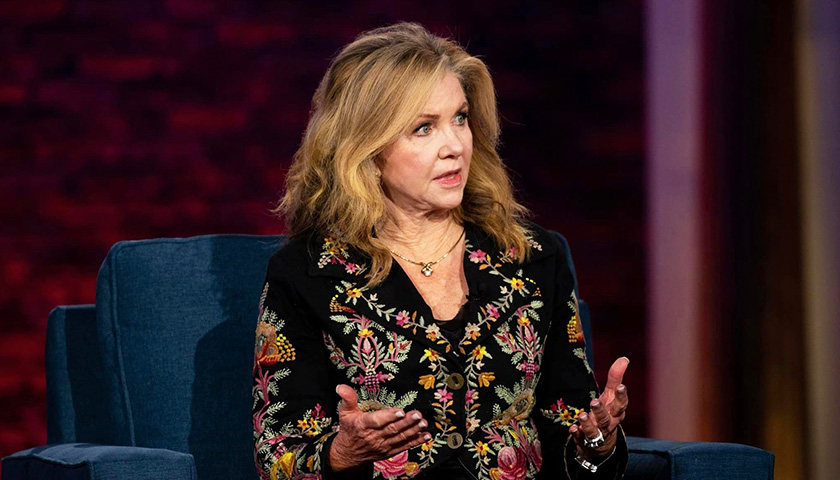 Tennessee Senator Marsha Blackburn published a column detailing her thoughts on the Communist Party in China as well as the protests in China due in part to extreme COVID-19 lockdown measures. She titled her column, “China’s Protests Put A Damper On Xi’s Quest For Total Control.”

Senator Blackburn began her column by stating “The Chinese Communist Party (CCP) lives by a single doctrine: total control. For 73 years, they have made censorship, surveillance, and power over the people they govern a priority.”

Blackburn then explained how the Communist Party in China emerged when Mao Zedong “triumphed” during the Chinese Civil War, adding that “today, the party consists of over 96 million members, making it the second-largest political party in the world.”

Blackburn’s column then pivoted into focusing on the current CCP, remarking that the party’s “greed for power intensified” in 2012 when President Xi Jinping took command, citing suppression of negative public opinion on Xi and the CCP.

Now, with Chinese citizens “daring to speak out” regarding the “strict” COVID-19 lockdown mandates, Blackburn claims that CCP authorities “attempted to shut down coverage of dissent.”

Protestors in China are reporting that footage of protests is being deleted remotely on Huawei phones.

These actions are alarming and unheard of. The CCP’s grip is tightening, and we must take the threat they present seriously.

“As the protests escalated across Shanghai, CCP authorities attempted to shut down coverage of dissent. They arrested and beat BBC journalist Edward Lawrence, holding him for several hours,” Blackburn’s column continues. “Apple reportedly limited the Airdrop feature in China just days before the unrest began, hampering protestors’ ability to share content between devices. This was a key feature that had previously allowed them to evade internet content moderators and share real-time videos freely.”

Is Apple working with the CCP to stifle protestors? https://t.co/2N4pTrGcC2

Noting the “long power struggle ahead” for China’s citizens to “work to free themselves from the tyrannical grip of the CCP,” Blackburn notes that the protests are an “encouraging step in the right direction.”

Blackburn adds that the protests in China “should be a sign that people will only tolerate authoritarianism for so long before they break, and they should be a shining example to every government worldwide: lockdowns do not work.”

“Censorship does not work. Control does not work. May we never lose sight of the sacred gift of freedom and free speech. I am honored to stand with the Chinese freedom fighters and hope many around the globe will join me,” Blackburn concluded her column.

Freedom fighters in China are standing up to the Chinese Communist Party and their consistent violation of human rights.

That is something to commend.