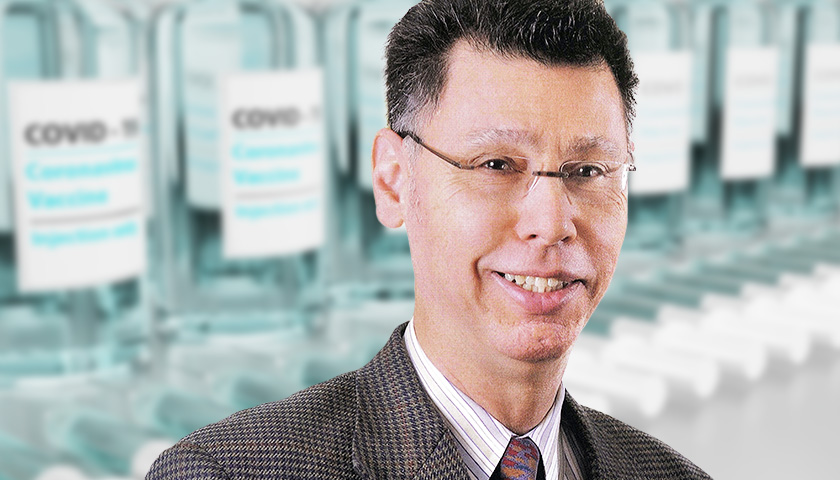 One of the nation’s leading epidemiologists is declaring there is no basis for President Joe Biden to extend his emergency pandemic powers and that it is essential for insurers to release data showing deaths and injuries to those who have received COVID-19 vaccines.

Dr. Harvey Risch, professor emeritus at the Yale University School of Public Health, told Just the News on Friday evening that federal agencies have epically mishandled the pandemic strategy by substituting theories and politics for science.

“We haven’t had science the whole time,” he told the “Just the News, No Noise” television show. “We’ve only had all these theories masquerading as science, including randomized trials and other things that have suppressed the real understanding of how the virus works, how it evolves, how we deal with it, and how we can manage it in the population. And it’s been a disastrous public health policy.”

Risch’s comments came as the Centers for Disease Control and Prevention and the Food and Drug Administration are facing increasing scrutiny and criticism.

The FDA’s vaccines chief recently admitted how little data the agency has to justify its push for new bivalent booster vaccines, while the CDC admits the vaccines do not stop transmission between humans.

The Health Innovation Alliance on Tuesday called on congressional leadership to substantially increase accountability for public health agencies, specifically accusing them of failing “to update and modernize its response plans and systems as required by Congress in 2006, and again twice since then.”

This week, the Democrat-led U.S. Senate voted to force the end of Biden’s emergency pandemic powers, but the president has threatened to veto the measure so that he can retain those authorities.

Risch said there is no scientific reason for pandemic emergency powers to persist.

“What we have now is an emergency without end,” he said. “The emergency status actually ended in January, when Delta left us and we had only Omicron to deal with, which is relatively mild, a medically mild illness.

“Some people will have more serious infections with it. But by and large, it’s comparable to a flu-like illness altogether, and we don’t declare an emergency for the flu. And we shouldn’t have an emergency now for COVID.”

Risch said the pandemic “emergency” is being maintained only as a pretext for the retention of unusual powers that are used to suppress our constitutional rights.

“There’s a balance, obviously, between pandemic emergencies and constitutional rights,” he acknowledged. “But when the emergency ends, then the rights have to be restored. And that’s where we should be now.”

There are many unresolved questions concerning the safety of the COVID-19 mRNA vaccines, according to Risch, especially as it relates to heart inflammation in young adults and blood clots. Vaccine makers Pfizer and Moderna announced this week they have begun belated studies on why the vaccines are linked to heart inflammation.

Risch said the government’s adverse event reporting system is not reliable enough to detect the harms the vaccine may be causing some people, and he urged private insurers and Medicare to release their actuarial data, saying those would provide a more accurate picture of potential side effects.

“I think that the large insurance company databases, the Medicare databases are the ones that will tell you more, and those ones have been held very close to the chest by CDC,” he said.