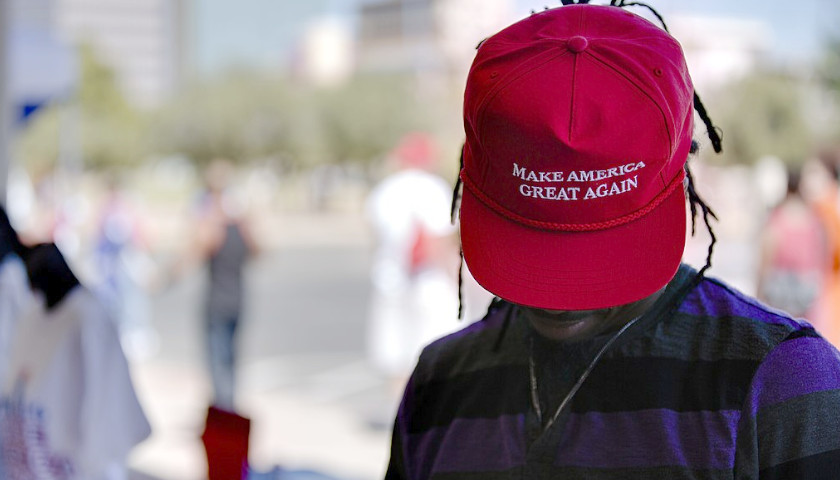 A political action committee (PAC) associated with STAND America has purchased over 1,000 ads for U.S. Senate and House races on black radio stations to urge black voters to abandon the Democrat Party.

“Black and Latino voters are turning away from Democrats toward Republicans who share their commitment to faith, family, public safety and educational choice for their children,” Bishop E.W. Jackson, STAND America PAC (SAPAC) chairman, said in a press statement. “They are also feeling the ravages of inflation.”

The ads, which will continue through Election Day, focus on the Senate races in Pennsylvania, North Carolina, Georgia, and Ohio, and are in support of Virginia congressional candidates Yesli Vega in the 7th Congressional District and Jen Kiggans in District 2.

“Democrat policies are producing failing schools and unsafe streets in the inner city,” the bishop contends. “Their children are falling farther behind educationally. Nearly 10,000 black citizens were murdered in 2020, and those problems will only become worse if Democrats stay in power.”

In certain close Senate Races, small shifts in the black vote can make the difference. Polling shows that Raphael Warnock and Stacey Abrams are losing black support by margins that would lead to their defeat if the trend continues. The PAC is advertising in Georgia against Abrams and Warnock.

“In the 2021 elections in Virginia, fewer black voters turned out for Democrats and more voted Republican than in 2017,” said Jackson. “We also won back the House of Delegates. Otto Wachsmann, Republican, took the formerly Democrat 75th district which has a black population of 54 percent.”

Jackson calls on the Republican Party to invest more resources to get the black vote on board.

“This is one of the most cost-effective political investments Republicans can make,” he explained. “The ads are relatively inexpensive, and according to Pew pollsters, advertising on black radio stations moves the needle because voters know you are speaking specifically to them.”

“STAND America PAC is the only conservative organization pursuing this strategy,” the bishop asserted. “It’s paying off, and we’re going to stay at it.”