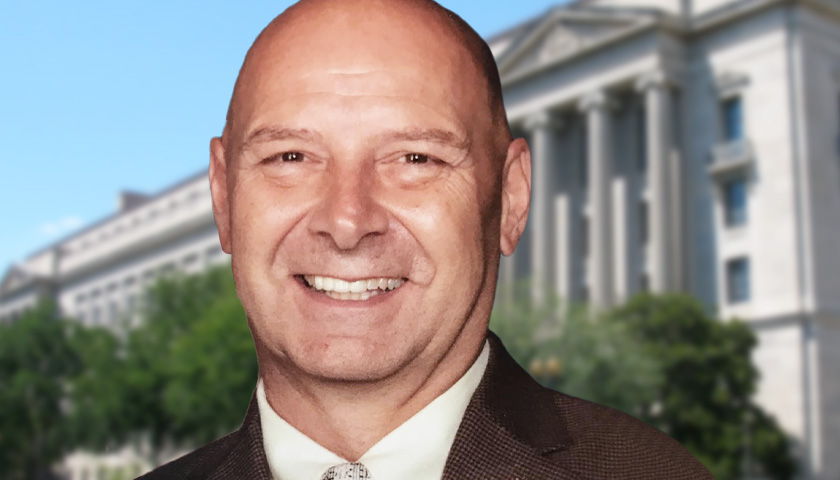 Pennsylvania gubernatorial candidate and state Sen. Doug Mastriano warned Monday that President Joe Biden’s administration sought to “intimidate” anyone “on the political opposition” through the arrest of a Catholic, pro-life father last week.

Mastriano referred to the early Friday morning arrest of Mark Houck, whose wife told Life Site News that 25-30 FBI agents entered their home around 7 a.m. with “big, huge rifles” to arrest her husband as their children watched, crying and screaming, from the top of the stairs.

“They are absolutely trying to intimidate not just pro-lifers, but anyone on the political opposition,” Mastriano told The Daily Signal.

“The DOJ has absolutely been weaponized against not just pro-lifers but anyone that is considered political opposition, whether it is Second Amendment defenders or anyone that Joe Biden disagrees with,” he continued. “Anyone that supports [Donald] Trump or asks questions about election integrity.”

The Pennsylvania gubernatorial candidate, a retired U.S. army colonel, referenced the dramatic way in which Houck was reportedly arrested, pointing to reports that agents had their weapons drawn and asking, “Are you kidding me?”

“Aside from smashing the door down, this is the kind of operations we conducted in Afghanistan against heavily armed insurgents that had been killing Afghans and Americans,” he added. “You don’t do this. This is not proportional, and it’s not justified, it’s chilling, and it needs to stop.”

The drama is by design, Mastriano warned.

“It’s to send a message, this is intimidating and scary that the DOJ, together with the FBI, sadly, has been weaponized against the average citizens of Pennsylvania … Someone has to hold up a BS flag and say, ‘Stop.’”

The GOP candidate said that Pennsylvanians are shocked by the incident and wondering how it is justified. He pointed to the many attacks on crisis pregnancy centers and churches across the nation since the May leak of a draft opinion indicating that Roe v. Wade would soon be overturned. According to a Catholic Vote tracker, at least 72 crisis pregnancy centers and at least 80 Catholic churches have been attacked or vandalized since the leak.

“I will call them what they are,” the GOP candidate said. “We have seen several terrorist-like attacks in attempts to burn down pregnancy crisis centers and attacks on pro-lifers and others. Where is the DOJ showing up with 30 agents and 15 cars? We are not seeing equal justice before the law.”

The FBI has not responded to requests for comment from The Daily Signal.

After his Friday arrest, Houck appeared before the U.S. Eastern District Court in Pennsylvania. He was indicted for violating the Freedom of Access to Clinic Entrances (FACE) Act, which “makes it a federal crime to use force with the intent to injure, intimidate, and interfere with anyone because that person is a provider of reproductive health care,” the Eastern District of Pennsylvania U.S. Attorney’s Office wrote in a Friday press release.

Authorities released Houck later that day, but he now faces felony charges. If convicted, Houck could have up to an 11-year prison sentence, and fines of up to $350,000.

Mary Margaret Olohan is a senior reporter for The Daily Signal.