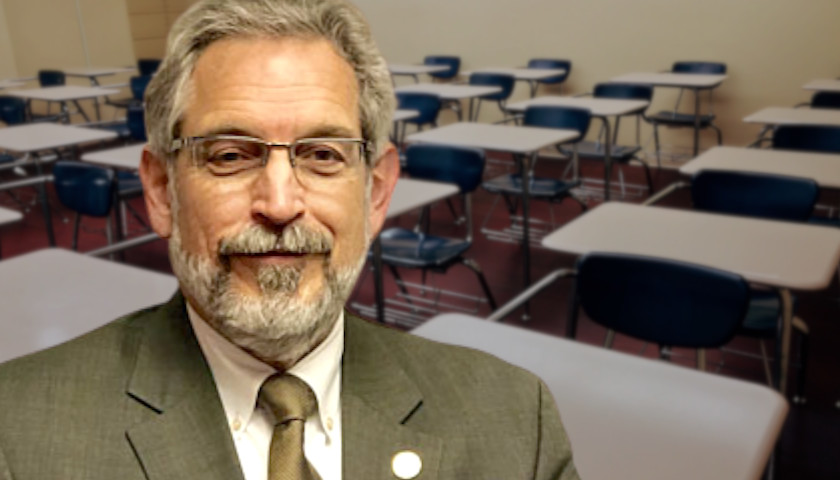 The Virginia Board of Education (BOE) voted 6 to 2 to certify Mark Taylor, allowing him to be appointed by the Spotsylvania School Board as superintendent.

Taylor’s opponents criticized his close ties to new board Chair Kirk Twigg, racial Facebook posts allegedly made by Taylor, and his application for licensure, which didn’t include relevant experience as an educator, instead seeking to qualify under an option for candidates with a master’s degree, three years of experience in a senior leadership position, and a recommendation from a school board.

Board President Daniel Gecker voted to license Taylor and said that although that statute doesn’t seem to require enough qualifications, it makes it clear that vetting the superintendent belongs to the local school board.

“Licensing decisions are not hiring decisions,” he said. “Whether members of this board would hire is a different issue from whether we would license. And I’m not suggesting for a minute, by the way, since we have had no face-to-face contact to my knowledge with Mr. Taylor. So this is not, you know, suggesting that I would not hire but what I’m saying is that decision is separate, and that decision has been made by the duly elected school board.”

The Spotsylvania School Board is split in a battle between Republicans and Democrats, including remarks about book burning made in 2021. In 2022, a new Republican majority took control of the board and ousted then-Superintendent Scott Baker. In August, former board Chair Dawn Shelley told the BOE that Taylor hadn’t properly received a recommendation from the school board; the BOE opted to delay a decision on Taylor until the situation was more clear.

At the end of August, the Spotsylvania board held a public vote that ended by recommending Taylor, 4 to 3, according to The Free-Lance Star.

After the public comment, some BOE members wanted to delay certifying Taylor, asking to give him a chance in a private session with the BOE to defend himself against the accusations.

“I believe strongly in local control and that we should do everything we can to defer to local elected boards. Elections have consequences. And frankly, most of the objections to Mr. Taylor do not give me pause, or at least seemed to me most appropriately resolved at the local level,” member Anne Holton said.

“However, I did read through the public comment in some detail and heard it again today, and quite a number of the Facebooks [posts] give me very severe concern. They’re just simply racially offensive and offensive on all kinds of scores,” she said.

Holton was one of the only two votes against Taylor; two members appointed by previous Democratic administrations voted with Governor Glenn Youngkin’s appointees in favor.

But some of the Republican-appointed members also expressed concerns about Taylor.

Seibert highlighted the deep division on the school board and the impact on the community and said that school boards have an obligation to pick the best candidate out of a large list of qualifying candidates.

Seibert, who is himself a licensed superintendent, said, “In my opinion, sups I know would be reluctant to serve in a division appointed by a deeply divided board, because they should seek to unify in my opinion.

“I encourage all boards to vet all candidates and if reprehensible social media posts are true, to move on to other candidates. But this is a local matter,” he said.

Eric Burk is a reporter at The Virginia Star and The Star News Network. Email tips to [email protected].
Photo “Mark Taylor” by Greene County.