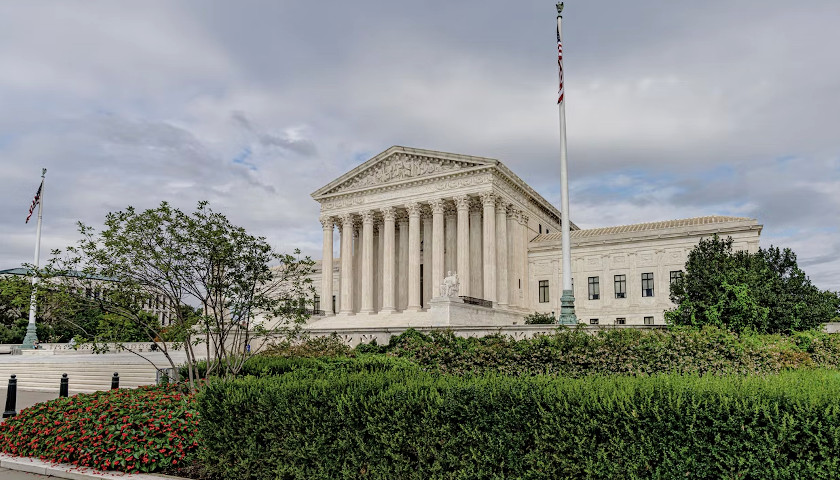 “And whatever interpretive force one attaches to legislative history, the Court normally gives little weight to statements, such as those of the individual legislators, made after the bill in question has become law.” Barber v. Thomas, 560 U.S. 474, 486 (2010).

“The Court has previously found the post-enactment elucidation of the meaning of a statute to be of little relevance in determining the intent of the legislature contemporaneous to the passage of the statute.” Edwards v. Aguillard, 482 U.S. 578, 596 n.19 (1987).

That is self-serving spin. West Virginia, decided on June 30th, was and remains a powerful new check on bureaucratic overreach.

West Virginia was a win for advocates of affordable energy, economic growth, and accountable government under the separation of powers. By a vote of 6-3, the Court vacated President Obama’s marquee climate policy, the EPA’s “Clean Power Plan“ (CPP).

West Virginia leans heavily on the “major questions doctrine”—a fancy name for a type of constitutional common sense. In a nutshell, courts should be skeptical, not deferential, when an agency purports to find in a long-extant statute an unheralded power to make big, costly, or controversial changes in a significant portion of the U.S. economy without a clear statement of authority from Congress.

CAA Section 111, the CPP’s putative statutory authority, contains nothing like a clear statement authorizing the EPA to reshape the electricity sector by imposing emission-reduction requirements impossible for fossil-fuel power plants to comply with unless they curb output, subsidize renewable generation, or simply shut down.

According to its sponsors, however, the IRA authorizes the EPA to decarbonize not just the power sector but the U.S. economy generally. As a recent New York Times article put it, the IRA is a “game changer,” “written specifically” to render West Virginia obsolete.

The subhead of the article gives the gist: “In a first, the measure legally defines greenhouse gases as pollution. That’ll make new regulations much tougher to challenge in court.” The article elaborates:

When the Supreme Court restricted the ability of the Environmental Protection Agency to fight climate change this year, the reason it gave was that Congress had never granted the agency the broad authority to shift America away from burning fossil fuels. Now it has. Throughout the landmark climate law, passed this month, is language written specifically to address the Supreme Court’s justification for reining in the EPA, a ruling that was one of the court’s most consequential of the term. The new law amends the Clean Air Act, the country’s bedrock air-quality legislation, to define the carbon dioxide produced by the burning of fossil fuels as an “air pollutant.”

In support of that assessment, the Times quotes Sen. Tom Carper (D-DE):

“The language, we think, makes pretty clear that greenhouse gases are pollutants under the Clean Air Act,” said Senator Tom Carper, the Delaware Democrat who led the movement to revise the law. With the new law, he added, there are “no ifs, ands or buts” that Congress has told federal agencies to tackle carbon dioxide, methane and other heat-trapping emissions from power plants, automobiles and oil wells.

Such verbiage is sheer misdirection. Carbon dioxide’s regulatory status as an “air pollutant” was not an issue in West Virginia. Ever since Massachusetts v. EPA, 549 U.S. 497 (2007), the Supreme Court has taken the position that GHGs are “air pollutants” within the meaning of the CAA, and West Virginia did not review or revise the Court’s position.

More importantly, it is nonsense to suggest that calling CO2 an “air pollutant” in a budget bill authorizes the EPA to do what it tried to do through the CPP. The CPP was fundamentally a plan to (1) reallocate production and market share in an entire economic sector and (2) override States’ longstanding authority under a separate statute (the Federal Power Act) to determine the electricity fuel mix within their borders.

By providing tens of billions of dollars in tax credits for wind and solar power, Congress has been propping up State renewable electricity mandates for decades. The IRA provides an additional $161 billion in “clean electricity” tax credits. Clearly, many members of Congress are keen to patronize wind and solar power. Yet no candid legal expert would claim that enacting new tax credits implicitly establishes, or authorizes any federal agency to establish, a national “clean electricity” regulatory mandate.

By the same token, the IRA tax credits do not authorize the EPA to revive the CPP or regulate America into compliance with the President’s net-zero emissions agenda.

Six GHG-focused provisions of the IRA begin with the phrase “the Clean Air Act is amended.” Do those provisions conflict with West Virginia? No.

All six direct the EPA to award grants to specific industries, communities, or interest groups (Sections 60102, 60103, 60107, 60113, 60114, 60201). Section 60113 also directs the EPA to tax methane emissions from natural gas and petroleum operations unless the facility already complies with CAA Section 111 methane emission standards. In short, all six provisions are fiscal policy measures. As such, none can create new regulatory emission-control requirements under the CAA.

Note, too, that the EPA’s fiscal authorities under the IRA expire after September 30, 2031, or when the appropriations run out, whichever comes first. In contrast, the CAA’s core regulatory authorities do not self-terminate. Neither do Supreme Court decisions.

Contrary to Carper and the Times, the Court did not vacate the CPP because CAA Section 111 does not mention CO2. Rather, the Court vacated the CPP because the EPA assumed the powers of an industrial policy czar without a clear congressional authorization.

However, that’s not what Freeman argued in an op-ed published by the Times earlier in August. In that piece, Freeman laments that the IRA does not “place caps on the amount of greenhouse gases industries can emit or tax carbon dioxide emissions by the ton, in addition to funding clean energy.”

But, she continues, the IRA has “an ancillary benefit: It will strengthen the basis for regulating greenhouse gases under the Clean Air Act.” How so? By providing “incentives to lower the cost of carbon capture technology, which power plants and industrial facilities can install to limit the amount of greenhouse gases that reach the atmosphere.” CAA Section 111 “requires the agency to consider the availability of technology and its cost,” she explains. So, by decreasing the cost of carbon capture technology, the IRA could make companies more likely to use it, and the EPA more likely to require it.

In other words, Freeman’s op-ed tacitly affirms what the CPP denied—that CAA Section 111 performance standards must be based on measures individual stationary sources can affordably apply to reduce their own emissions. Freeman’s op-ed endorses the legal theory of West Virginia’s victorious plaintiffs.

Curiously, the Times never gets around to citing or quoting the IRA language that supposedly rolls back West Virginia. As already noted, all of the IRA provisions that “amend” the CAA are fiscal rather than regulatory.

There was a provision in the draft IRA, Section 60105(g), that would have appropriated $45 million for the EPA “to carry out” CAA Section 111 and other CAA sections “with respect to greenhouse gases.” However, all that provision would do is raise the same question addressed by the Court: What exactly is the scope of EPA’s authority with respect to GHGs under CAA Section 111?

In any event, Section 60105(g) of the draft IRA was deleted on a point of order and does not survive in any form in the final IRA.

The Times acknowledges the deletion but assures us “Democrats and legal experts said the fundamental changes to Clean Air Act and amendments to it remained intact.” Tellingly, though, the Times provides no explanation or textual evidence to back up their ipse dixit.

So, did the IRA’s drafters insert language to undermine West Virginia? Undoubtedly! The CAA- and GHG-related language is now the theme of specious anti-West Virginia talking points. Carper et al. seek to negate West Virginia’s precedential force by claiming such force no longer exists. They will not succeed because their narrative is easily refuted. Nothing in the IRA displaces, weakens, or rebuts any of the premises on which the Court decided West Virginia.

Marlo Lewis is a senior fellow in energy and environmental policy at the Competitive Enterprise Institute.