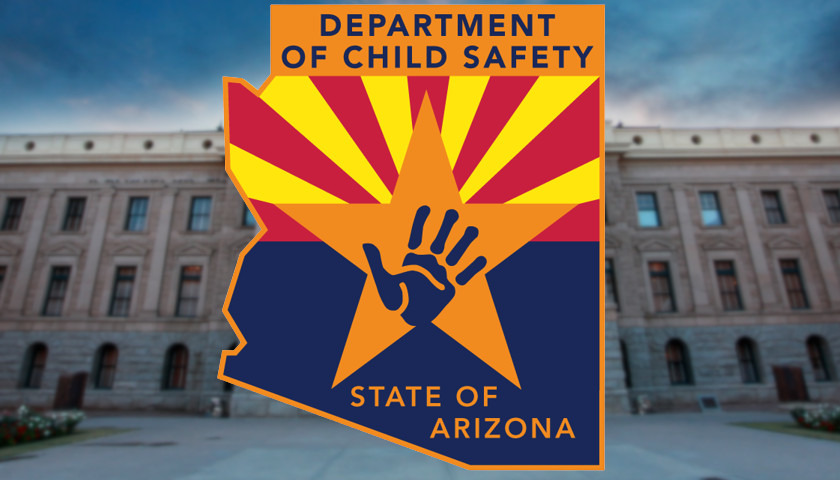 An Arizona mother, Sarra L., filed a lawsuit Wednesday, jointly represented by the Pacific Legal Foundation (PLF) and the Goldwater Institute, against the Arizona Department of Child Safety (AZDHS) to protect her right to due process and clear her name.

“Due process and the separation of powers should have protected Sarra from the Department of Child Safety’s abusive prosecution. DCS has a track record of ignoring due process that should protect innocent parties from severe punishment,” said Adi Dynar, an attorney for Pacific Legal Foundation. “Sarra is seeking to right the wrong done to her and prevent other parents from facing a similar fate in the future.”

No judge.
No jury.
No due process.
No protection for Sarra.

The government attacked Sarra for letting her child play at a park. Now Goldwater and @PacificLegal are stepping in to defend her due process rights: https://t.co/LtO3eJYBtu

As outlined by the PLF, Sarra needed to do grocery shopping leading up to Thanksgiving 2020. During the height of the COVID-19 pandemic, the Tucson grocery store Sarra shopped at asked that only adult shoppers enter the store. In response, Sarra decided to leave her 7-year-old son and his 5-year-old friend in a nearby park where a friend of hers was teaching Tai Chi at the time.

“As someone who has long worked with refugee children, Sarra is naturally safety-conscious and knew the park was safe. She grew up in the neighborhood and even played alone in the same park when she was a child,” according to the PLF.

However, Sarra received a call from her friend and rushed back to the park upon hearing that police officers were talking to the children. The officers told Sarra that leaving the children was a crime, and she was charged with two counts of “contributing to the delinquency of a minor,” each carrying a charge of six months’ jail time.

Yet, the county prosecutors dropped the charges because the children were never in danger, and Sarra agreed to attend a life-skills class. Although, this did not stop the AZDHS from conducting its own investigation.

The department concluded Sarra placed her son “at unreasonable risk of harm for abduction, injury, harm from a stranger, exposure to drugs and death,” effectively labeling her as a neglectful parent. They recommended that her name be added to the Arizona Central Registry for 25 years. Doing so would prohibit her from having contact with children, meaning Sarra could not continue her work with refugee children.

She demanded a trial, which took place before an administrative law judge (ALJ), who heard her case in March. The ALJ found probable cause to conclude that Sarra committed child neglect and ordered she be added to the Central Registry.

The PLF argues that the “probable cause” standard of proof is not constitutional and that her due process rights had been violated. They also say that Sarra’s actions do not resemble the definition of child neglect under Arizona law.

In ARS 8-201, child neglect is defined as the inability or unwillingness of a parent to provide their child with “supervision, food, clothing, shelter or medical care if that inability or unwillingness causes unreasonable risk of harm to the child’s health or welfare,” leaving a child in a car or structure where toxic or flammable chemicals are found, and if a newborn has been prenatally exposed to nonmedical drugs.

“Overzealous bureaucrats shouldn’t be allowed to prosecute parents for letting their kids play in public parks. The court should, once again, rebuke DCS for meddling in the decisions of parents who have done nothing wrong,” said Timothy Sandefur, vice president for Litigation at the Goldwater Institute.

Dynar previously argued in a case which resulted in the accused’s name being removed from the Central Registry.