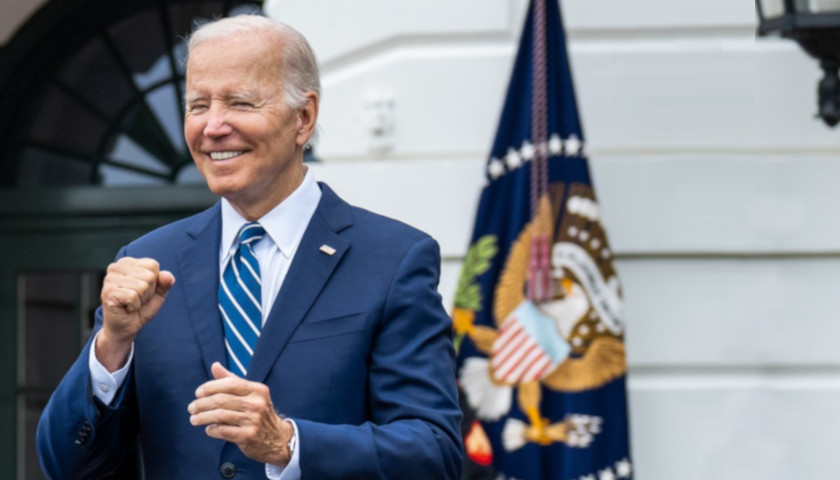 President Joe Biden on Wednesday traveled to Ohio to tout the American Rescue Plan and its attempt to support pension plans.

As both candidates have routinely aligned themselves with Biden in the past, Republicans are suggesting the absence is an attempt to distance themselves from the president. Polling shows an overwhelming majority of residents in the state disapprove of Biden’s job performance.

“Joe Biden’s time in office has been a disaster for working-class Ohioans. In less than two years, Biden has recklessly put us further into debt with trillions of dollars in wasteful spending, killed American energy independence and absolutely decimated our economy. His radical agenda has driven the largest inflation crisis in generations and delivered us rising prices at the grocery store, not to mention $5 a gallon gasoline,” Republican Senate nominee J.D. Vance said.

“Joe Biden’s time in office has been a disaster for working-class Ohioans…Notably, Biden did all of this with the unquestioned support of 20 year career politician Tim Ryan." pic.twitter.com/9SlNG9Syxm

“Notably, Biden did all of this with the unquestioned support of 20-year career politician Tim Ryan. Ryan is so extreme that he votes with Joe Biden and his inflationary leftwing agenda 100% of the time in Congress. Yet, despite his complete and total support of Biden when he’s in Washington, D.C., Tim Ryan is once again hiding from Biden when he visits Ohio.”

Both Vance and the Republican Governors Association connected Ryan and Whaley to record inflation that has crippled residents of the state. Last month, high gas prices set new records.

“Gas prices remain sky high and inflation shows no signs of slowing thanks to Joe Biden’s reckless policies that Nan Whaley cheers on and wants to bring to Ohio,” said RGA Spokesman Chris Gustafson. “Meanwhile, Mike DeWine fought the Biden administration to deliver record tax cuts for families and is putting money back in Ohioans’ wallets.”