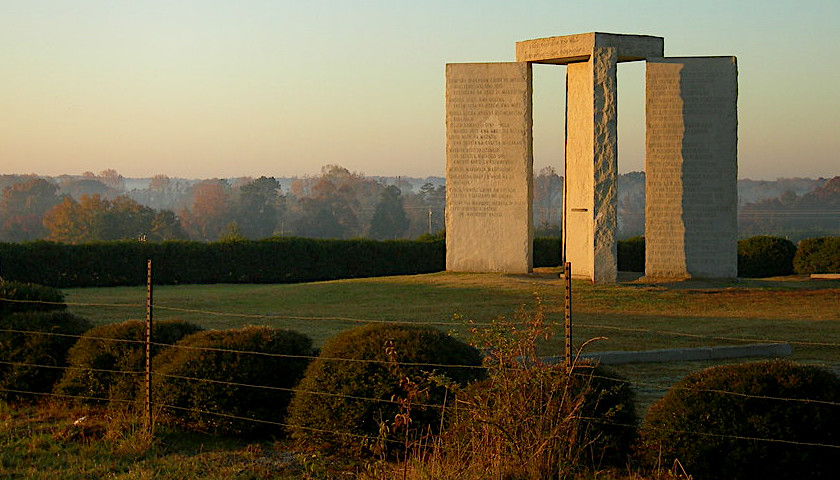 An apparent explosion has partially destroyed the Georgia Guidestones, a mysterious landmark in Elbert County.

“The GBI and Elbert County Sheriff’s Office are investigating an explosion that destroyed the Georgia Guidestones near Elberton, GA,” the Georgia Bureau of Investigation said. “The preliminary information indicates that unknown individuals detonated an explosive device at around 4:00 a.m. on Wednesday, July 6th.”

GBI is asking for the public to call the Elbert County Sheriff’s Office with tips about who might have vandalized the monument.

The structure has stood since the project was commissioned in 1979. The project was led by a pseudonymous man called Robert C. Christian, and Christian said that the monument would serve as a compass, a calendar, and a clock.

Inscribed in the Guidestones are 10 guidelines written in eight various languages, which have become an area of fascination for some.

“Maintain humanity under 500,000,000 in perpetual balance with nature,” the first guideline says.

Some of the guidelines focus on a united world with one common language, and an international court to settle disputes.

Others direct humans to “leave room for nature,” and “[p]rize truth – beauty – love – seeking harmony with the infinite.”

There are many interpretations of the messaging written on the Guidestones, from benign theories like advocating for world peace to more conspiratorial theories that the messaging is evil and satanic.

“What’s most widely agreed upon—based on the evidence available—is that the Guidestones are meant to instruct the dazed survivors of some impending apocalypse as they attempt to reconstitute civilization,” said a column published in Wired in 2009.

“Guide number three instructed readers to unite humanity with a living new language. This sent a shiver up the spine of local ministers who knew that the Book of Revelations warned of a common tongue and a one-world government as the accomplishments of the Antichrist,” according to the column. “Guide number four—rule passion—faith—tradition—and all things with tempered reason—was similarly threatening to Christians committed to the primacy of faith over all.”

“The last six guides were homiletic by comparison. Protect people and nations with fair laws and just courts. Let all nations rule internally resolving external disputes in a world court. Avoid petty laws and useless officials. Balance personal rights with social duties. Prize truth—beauty—love—seeking harmony with the infinite. Be not a cancer on the earth—leave room for nature—leave room for nature.”