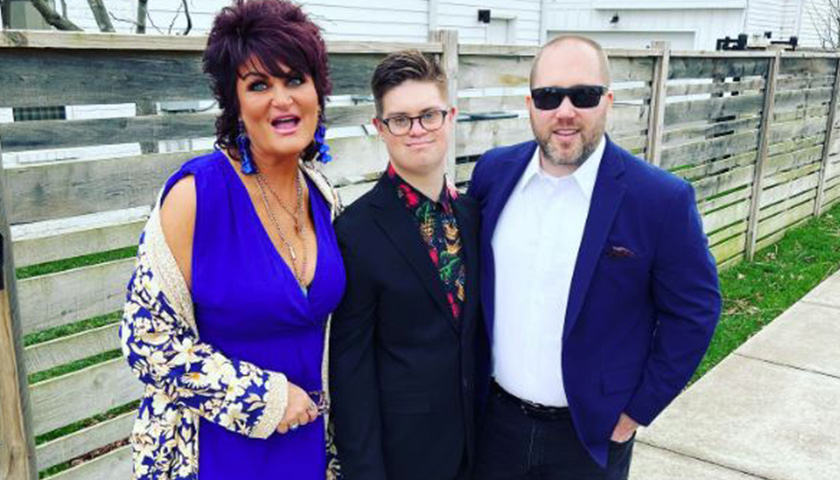 When I was approached about doing a feature “out of the box” or not related to music, I was hesitant. But when I found out exactly what 21 Pineapples was about, it was a big “yes,” absolutely.

The 21 Pineapples Shirt Company is a brand with a mission to spread love and acceptance, raising awareness for those who have Down’s syndrome and others who are differently abled. The company’s extraordinary T-shirt designs spark conversation when worn. Founded by Nate Simon, Holly Simon, and comedian Officer Daniels, one of the company’s famous slogans is ‘Be A Good Human.’

Nate Simon, age 19 (who just happens to have Down’s syndrome), has always been known as a fashion icon. From rocking funky Hawaiian shirts to his love for bowties. Nate loves to be dressed to impress. His infectious spirit is showcased by his fashionable style.

I talked with Nate’s mother, Holly, to find out how this company came to be.

Nate is the fifth and youngest of Holly Simon’s children. Since his birth, she has been a strong advocate for those with Down’s syndrome and others with special needs.

Holly ran a foundation, I Am Who I Am, for 10 years, trying to change the way people perceive those with different abilities. However, when COVID hit, she was reluctant to ask people for money so they continued with their mission verbally, without any in-person fundraising events.

She explains, “Nate started picking up this momentum that wherever we went he would tell people that the way to change the world was to just love. He literally told everyone, ‘Change the world by spreading love.’”

Two years ago, during the height of the pandemic, Nate Simon got recognition on TikTok. A policeman-turned-comedian by the name of Officer Daniels, saw him and thought, “Holy cow, this kid is brilliant.” 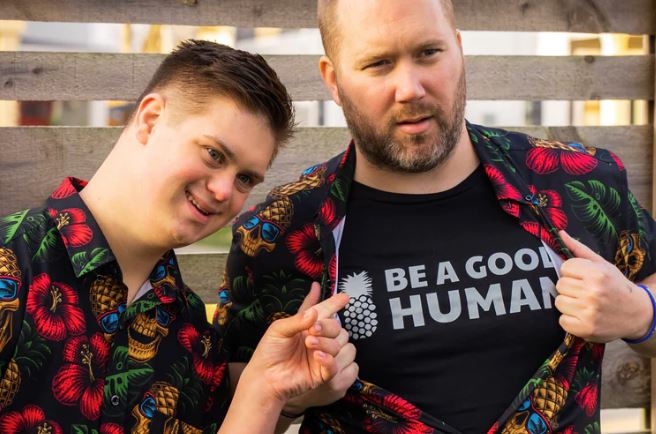 Officer Daniels reached out and they become friends. Fast-forward a few months, and the now 18-year-old Nate has graduated high school in Chicago. Daniels, who hails from Colorado, surprised them by showing up at Nate’s graduation.

States Holly, “From that day their friendship blossomed into the most beautiful comedic friendship I’ve ever seen in my lifetime. Nathaniel grew, Officer Daniels grew, and they started making videos that went viral.”

After the pair became internet-famous, Nate got asked to model for L.A. Fashion week.

“Is this real life?’ pondered Holly.

They went to L.A., where Nate modeled Prince’s jacket.

People came up to him and said, “You’re such a beacon of life.”

After that trip, Holly knew they needed to do more. Their foundation initially was to help those who have infants with special needs. But as these differently abled children get older, by age 22, most (depending on where they live) age out of any state or federal assistance.

Many parents are in despair about what to do with their grown special needs child.

Holly collaborated with Officer Daniels as they worked on ideas to help Nate and those like him.

Holly was mystified until Daniels reminded her, “Look at every picture you have of Nate since he was a baby. You’ve got him in a Hawaiian shirt.”

Holly dressed him that way because he loved the colors and groovy patterns. He loved to dress up.

When Holly mentioned the shirt company to her daughter, she instantly came up with the name, “21 Pineapples.”

She explained, “21 represents the extra chromosome that Down’s syndrome people have and pineapples are a sign of welcoming. I like that they wear their crowns and think that all kids who are a little different should wear a crown.”

They started the business and within three days, they had the idea, the name, and a large number of friends behind them. They subsequently crashed their new website, the bank, and PayPal, as all three thought they were fraudulent based on all the orders they had coming in.

They turned to their friends on social media, who helped them get their accounts back.

Within six months, the company had 1 million dollars in sales and they flew to Nashville to celebrate.

Country musician Mark Wills discovered Nate and 21 Pineapples when they made national news while in L.A., and he ordered shirts for everyone he knew and posted pictures on his Instagram.

Wills later invited the Simons and Officer Daniels to the Grand Ole Opry, where he introduced Nate and they gave him a standing ovation.

“I’ve never been so humbled in my life,” Holly confessed. 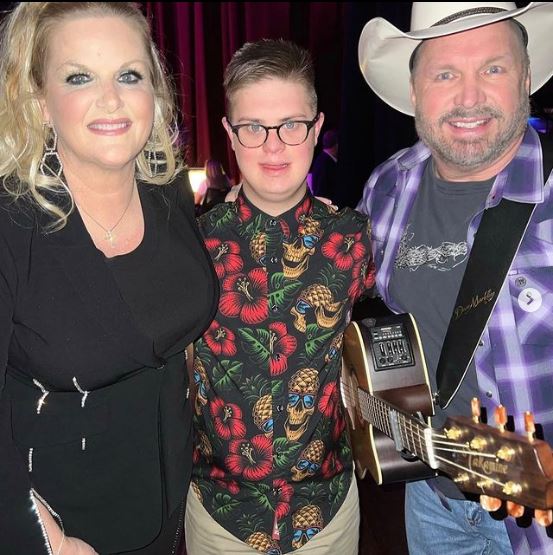 Holly used to sing Wills’ heartfelt hit song “Don’t Laugh at Me” to Nate regularly. Nate got to sing it with Wills backstage at the Opry in a full-circle moment. The two are now fast friends.

Holly proclaims, “I’m a breast cancer survivor. I’ve been through hell and back. I’ve got five kids and he’s my baby, but [Nate] is a gift. When people meet him, they see that. Many people are unaware that people with Down’s syndrome can be intelligent (and charming). We need to educate. And the only way people will open their hearts and minds is through conversation.”

She continues, “People are often shocked that Nate can enunciate, and tell a joke. I don’t want that for our world. I want our world to set the bar higher. I don’t want people to meet my son and say, ‘You could work as a Walmart greeter,’ but I want them to say, ‘You can be anybody you want to be.’ Having Down’s syndrome is a gift from God, but it’s going to take a lot of work [to change peoples’ ways of thinking].”

21 Pineapples has been slated to present the company to Shark Tank later this summer so the owners will likely get even more publicity as they show the world what is possible for those who have Down’s syndrome and others who may be differently abled.