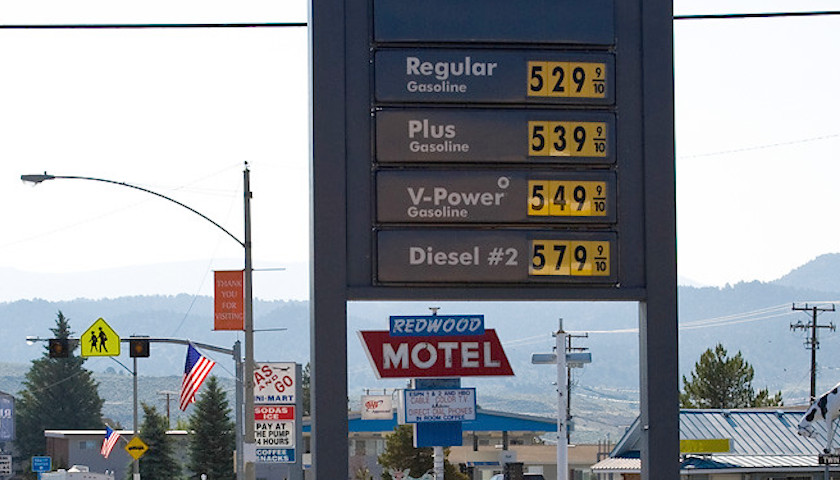 Diesel and regular gasoline prices hit a new all-time high Tuesday as they continue their rapid climb in recent weeks.

Diesel, up to $5.78 per gallon, has hit a new record almost every day this month.

Regular unleaded gas continued to extend its record, reaching $5.02 nationally. Several states have surpassed the $5 mark, and many are drawing nearer every day.

California leads the nation by far with the highest prices. On Tuesday, the average price for unleaded gas in California was $6.44. Georgia has the lowest prices at $4.49 per gallon.

Recent polling shows many Americans are cutting back on driving and summer vacation plans because of higher costs.

Republicans have hammered Democrats on gas prices, which have soared since President Joe Biden took office.

Sen. Marco Rubio, R-Fla., took to Twitter, writing, “When the people in charge won’t produce more oil, put criminals in jail or enforce our immigration laws you end up with historic gas prices, a violent crime wave & a border crisis”.