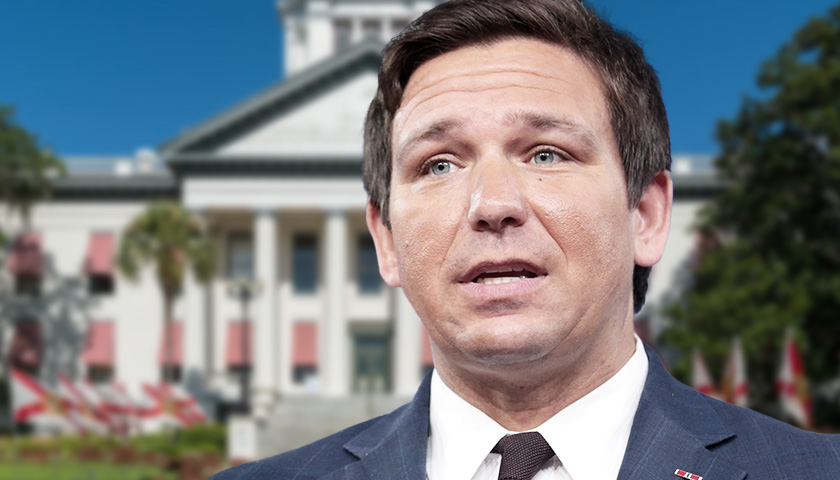 Florida Gov. Ron DeSantis vetoed two bills and several lines of another as part of what he said is his ongoing commitment to fiscal stewardship.

The bills in question were passed by the legislature during the regular session earlier this year. As the bills are sent to the governor for his consideration, he said he’s been going through them to exercise his line-item veto authority.

The most recent vetoes relate to a bill authorizing the purchase of new aircraft and hiring new staff to facilitate state employee travel; another that committed the state to fund a cancer center for 30 years; and the creation of a state “inflation fund.” For each veto, DeSantis issued a transmittal letter to Secretary of State Cord Byrd explaining why he was nixing the plans proposed by the legislature.

DeSantis vetoed SB 2512, an act related to aircraft, which created an executive aircraft pool for two new aircrafts that would be used by over 100 government officials around the clock every day of the year. It also authorized funding 17 new staff positions in the Department of Management Services to staff and maintain the aircraft for “the purpose of providing multiple state-owned aircrafts for executive travel.”

But the plan, he said, is “an inadvisable expense, especially under current economic conditions, and could have unintended consequences given the breadth of the officials included in the authorization.”

He also vetoed lines 78-93 of SB 2526, an act relating to health, which appropriated $20 million every year for 30 years to the Board of Directors of the H. Lee Moffitt Cancer Center and Research Institute for construction and development of Moffitt’s Pasco County life sciences park. Construction and development of the park also included the issuance of tax-exempt bonds or other forms of indebtedness passed on to the taxpayer.

DeSantis vetoed this portion of the bill, saying, “I do not support the provision of funding that will tie the state to a long-term, thirty-year commitment that inhibits budget flexibility. These state funds could be used to support more than $300 million of bonding capacity that would impact the state’s debt capacity without any state oversight.”

In DeSantis’ Freedom First Budget, $100 million was allocated to support the Florida Consortium of National Cancer Institute Centers Program, which includes three eligible institutions one of which is the H. Lee Moffitt Cancer Center and Research Institute. Through this allocation, the Moffitt center is already receiving an increase of $37.7 million from the previous year.

DeSantis said he increased the funding because he was “committed to enhancing Florida’s competitiveness in cancer research and care at national and international levels to ensure that all Floridians have access to the highest quality of care.”

He also vetoed HB 5011, which created an inflation fund. While perhaps good intentioned, DeSantis said the fund would have created unintended consequences he didn’t want imposed on taxpayers.

The legislature wanted to create the fund to offset increasing costs for state government projects. If expenses exceeded the costs appropriated for them due to unprecedented inflation, the fund would cover the gap.

But DeSantis said it “could exacerbate inflation by promising more public sector funds to pay more for supplies of materials, while also competing with other projects throughout the state.”

He also said it “reduces the need for state agencies to make tough decisions with the funds already appropriated.”

“Inflation is no doubt severe, and Floridians have seen prices rise at grocery stores, in their energy bills, and at the gas pump,” he said, but the state already passed significant reforms, created and expanded tax holidays, and provided a range of resources to help Floridians weather the inflation storm.

Last month, DeSantis signed the largest tax relief bill in Florida history with more than $1.2 billion in taxpayer savings. The state also has more than $20 billion in reserves.

“By keeping the economy open, maintaining a low tax environment, and being fiscally responsible, Florida’s FY 21-22 surplus is the largest in state history – with more than $20 billion in reserves for a budget that is just a shade over $100 billion,” DeSantis said last month touting Florida’s economic success.