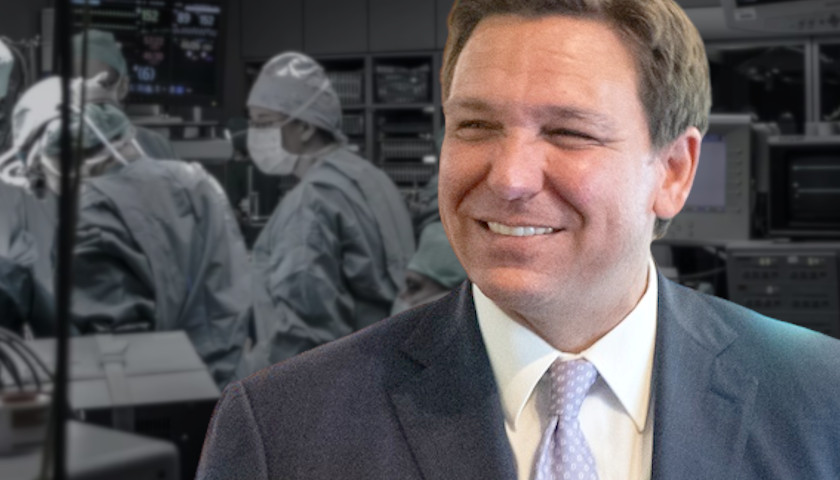 The Florida Department of Health (FDOH) urged the state’s board of medicine to establish standards of care in accordance with guidance strongly advising against child sex treatments in a Thursday letter.

Florida Surgeon General Joseph Ladapo pointed to a lack of evidence on the safety and efficacy of the procedures and urged the Florida Board of Medicine to consider FDOH guidance that advised against child sex changes, according to the letter. The move is the latest effort from Republican Florida Gov. Ron DeSantis’ administration to restrict sex change treatments, particularly for children.

“The Department thinks that the evidence speaks for itself,” FDOH press secretary Jeremy Redfern told The Daily Caller News Foundation. “The letter from the Surgeon General reiterates his stance on protecting children from politics-based medicine.”

“The scientific evidence supporting these complex medical interventions is extraordinarily weak,” the letter read. “The current standards set by numerous professional organizations appear to follow a preferred political ideology instead of the highest level of generally accepted medical science. Florida must do more to protect children from politics-based medicine. Otherwise, children and adolescents in our state will continue to face a substantial risk of long-term harm.”

DeSantis is leading an administration-wide effort to ban child sex change procedures in their current form in Florida, an official within the FDOH told The Daily Caller News Foundation Friday.

The Florida Agency for Health Care Administration also issued a report that found there isn’t sufficient research on sex change procedures, including puberty blockers, cross-sex hormones and surgeries to determine whether they are safe or effective. The guidance was meant to justify banning Medicaid coverage for these procedures, according to NBC News.

Today, the Florida Department of Health released guidance pushing back on @HHSGov unscientific shift in the treatment of gender dysphoria for children and adolescents.

The FDOH came out against “gender-affirming care,” including social transitions, puberty blockers, cross-sex hormones and surgeries, in April 20 guidance after the Biden Department of Health and Human Services endorsed the procedures days earlier. The guidance noted that 80% of children with gender dysphoria go on to naturally outgrow it and that evidence supporting sex change procedures for children is weak.