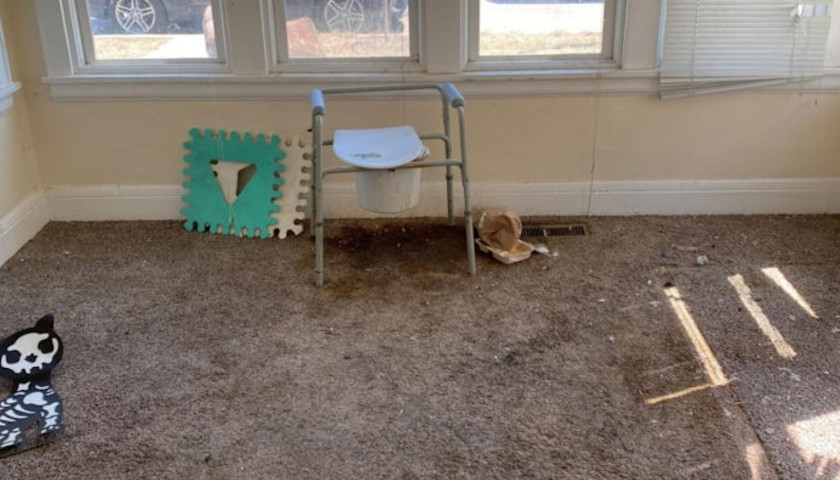 Some Minnesota landlords are blasting Gov. Tim Walz and his eviction moratorium for costing them more than $100,000 to repair the mess some tenants left behind.

They are sending a message in hopes it will help others speak up after a tenant went 18 months without paying rent or utilities before they were forced to hire an attorney to get her to leave.

Once she did, they were faced with a “gut job” at their rental.

Minnesota natives Eric and Nicole Aslesen told Alpha News their story over Zoom from their home in Texas.

As an investment strategy, they saved for years to be able to break into the rental market in Minneapolis. 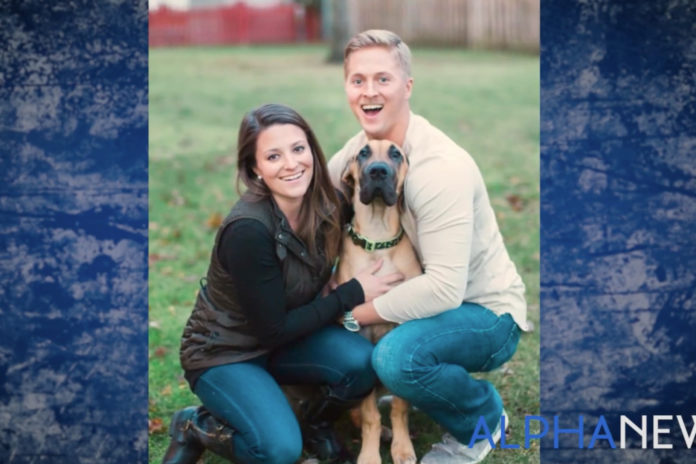 They believed they’d eventually move back to the area to manage it.

“We thought we had a great opportunity to find a home in a substantial section 8 neighborhood and provide a home that was in fantastic condition for a family that would otherwise not be able to have it,” Eric Aslesen said.

The Aslesens settled on a newly remodeled, 6-bed, 2-bath on the 2700 block of Penn Avenue North.

“We know that the supply for the section 8 families is very low and the supply that does exist are the not the best living conditions,” Aslesen said.

Their property management company vetted a tenant who moved in with her daughter in October of 2019.

As part of their Section 8 agreement, the government covered nearly 90% of the rent.

Those payments came with no problems for almost a year.

“October 2020 was the last month that she paid a dime of anything,” he said.

By then, an eviction moratorium in Minnesota meant landlords had to leave renters in place, even as disgusting reports of damage began coming in.

Gov. Walz first announced his eviction moratorium in March 2020. The Aslesens saw light at the end of the tunnel when the CDC ended its federal eviction ban last summer, but they said state rules still prevented them from taking action.

Throughout the pandemic, the governor and Minneapolis Mayor Jacob Frey frequently promoted these policies.

“It’s a way for folks to be made a little more whole as we move back to that normal, but we cannot leave folks behind and we can’t have a cascade of evictions,” Gov. Walz said at an April press conference.

“It will be put to making sure that people have homes. That housing is a right. People have a right to go home, close the door and rejuvenate for the next day,” Mayor Frey added.

“If a state’s law was more strict than the CDC, those would supersede the CDC. [Walz] kept his in place for so long that she didn’t have to, she didn’t have to pay rent because she wouldn’t be evicted for nonpayment of rent,” Nicole Aslesen explained.

“The mortgage is still due every month and now we have two mortgages and now they’re pumping out about a $300 a month utility bill that they are not paying either that the city of Minneapolis will not let us relegate to them,” Eric added.

The Aslesens would eventually cover the $2,200 in unpaid utilities and recoup the lost rent cost through government programs.

But they felt forced to watch a horrific trail of destruction after they learned at least a dozen people had moved in.

“They detached and broke every single door in the house, they ripped off the railings on the stairwells, all the carpet is trashed, they made a makeshift toilet in our front room and now there is human feces everywhere,” Nicole said.

“We literally had nothing to fall back on,” she added.

The couple reached out to the city and state to for help, they said, without so much as a call back. 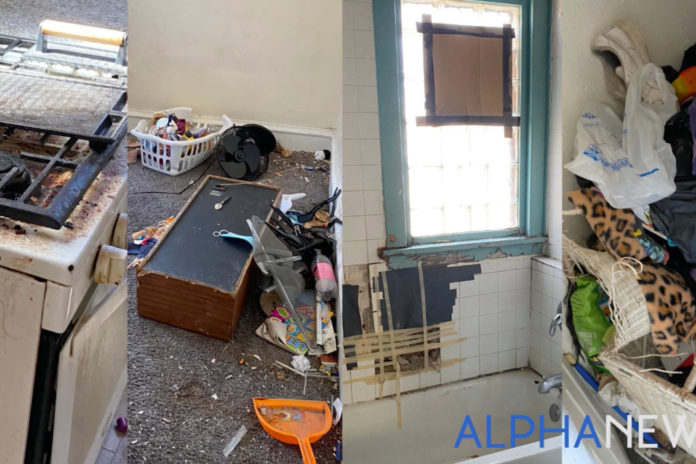 These photos show just some of the damage left behind. (Alpha News)

Finally, they hired an attorney to get that renter, Jamie Comer, and the group to leave in April under a damage to property clause — $125,000 worth of damage that we saw for ourselves.

It’s hard to even describe the site and the smell our news crew encountered when walking through.

Every appliance was broken and every bathroom tile shattered. 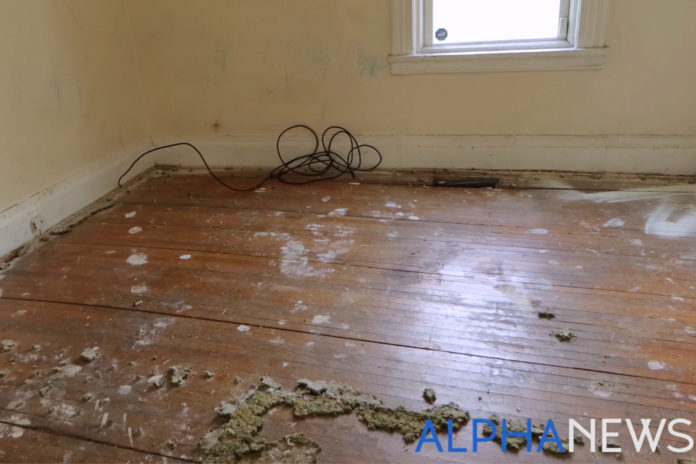 Another photo of the damage to the Aslesens property. (Alpha News)

As part of the lease agreement, the renters weren’t even supposed to have access to the detached garage but they trashed that, too.

Just days after the renters left, Minneapolis hit the Aslesens with another violation, this time for an “unsecure garage door.”

“I think people need to know what Gov. Walz’s policies did,” Nicole said.

“It was a good PR stunt for [Walz] in the beginning. He says he’s trying to help people through COVID but at the same time he’s literally killing small time landlord owners like ourselves,” Eric said.

Alpha News reached out to Gov. Walz and Mayor Frey to explain the extent of the damage here.

The governor’s office did not respond.

The city of Minneapolis sent the following statement:

“Minnesota’s eviction moratorium prevented many people across the state, and in Minneapolis, from losing their homes at a time many businesses were closing and jobs were being cut as a result. The eviction moratorium was put in place by the State of Minnesota. The City of Minneapolis has also established a wide-range of eviction prevention efforts, including creating a Right to Counsel policy for renters facing eviction due to non-payment of rent as well as instituting a pre-eviction filing notice requirement. The City received federal emergency rental assistance funds and created a program, in partnership with other local jurisdictions, that allowed property owners to start the application process on behalf of their renters in an effort to get funds to property owners to lessen the financial hardship they also experienced due to the pandemic. The City paid out more than $5.5 million to property owners through that effort and has provided emergency rental assistance to support more than 3,500 renter households since the start of the pandemic.”

The Aslesens also filed a vandalism report with the Minneapolis Police Department against Comer. No charges have yet to be filed.

Alpha News asked the Aslesens what they’ll do now.

“We hope this gives others the courage to speak out to because we know we’re not alone,” Nicole added.

Liz Collin has been a truth-teller for 20 years as a multi-Emmy-Award-winning reporter and anchor. Liz is a Worthington, Minnesota native who lives in the suburbs with her husband, son and loyal lab.
Photo “Tenant’s Home” by Alpha News.