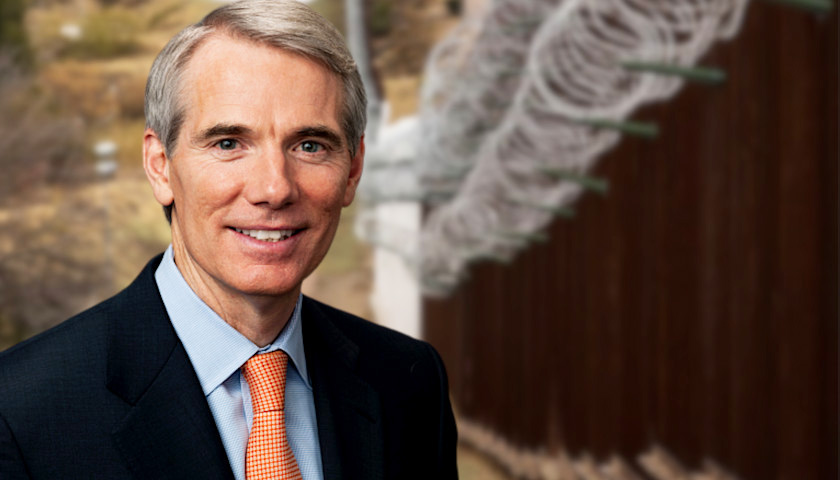 Senator Rob Portman (R-OH), the Ranking Member of the Homeland Security and Governmental Affairs Committee, called on President Biden to work for a bipartisan solution to the border crisis.

The lawmaker pointed to new April numbers released from U.S. Customs and Border Protection (CBP), showing an increase in encounters from the previous month.

“The April CBP operational statistics make it clear that it would be irresponsible for the administration to follow through on its plan to lift Title 42 without putting policies in place to secure the border and deter unlawful migrants as well as the illicit narcotics flooding into our communities. The April CBP numbers show 234,088 total encounters at the border. This includes more than 54,000 migrant family members, an increase of 45 percent from March; more than 166,000 single adult migrants; and more than 12,000 unaccompanied children. If the Biden administration revokes the use of the Title 42 health policy next week, our border crisis will become a catastrophe,” Portman said in a statement.

While Biden is working to end the Trump-era public health order, a federal judge in Louisiana issued a preliminary injunction to halt the process.

A similar process unfolded when Biden attempted to roll back the “Remain in Mexico” policy, which mandates individuals stay in Mexico until their asylum hearing with the U.S. immigration courts.

Under Biden, the country has witnessed a dramatic spike in illegal border crossings and seizures of illegal narcotics, especially highly lethal fentanyl. The numbers would likely increase without Title 42.

“The Biden administration should abandon its plan to appeal this Title 42 ruling and instead focus on working with Republicans and Democrats alike to come up with a sensible plan to fix the crisis everyone acknowledges is unsustainable,” Portman added on social media.

The Biden administration should abandon its plan to appeal this Title 42 ruling and instead focus on working with Republicans and Democrats alike to come up with a sensible plan to fix the crisis everyone acknowledges is unsustainable.