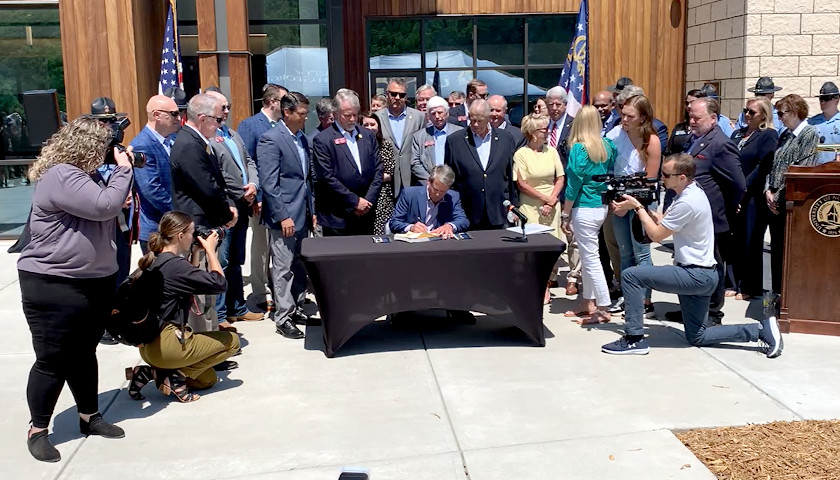 The plan, which takes effect July 1, exceeds $57.9 billion when including other funds, such as more than $17.6 billion in federal money and grants.

“Georgia continues to lead in the Great Recovery because we chose to protect both lives and livelihoods during the pandemic, because we withstood the criticisms and opened our economy, and because we made the tough decisions when it mattered most,” Kemp said in remarks.

“The budget I will sign today will build on that good work in the fiscal year ahead,” the Republican governor added. “HB911 funds our priorities and sets our state on a strong footing for continued recovery and growth; not just over this next year, but for years to come.”

House Bill 911 includes a $5,000 raise for state workers and a $2,000 raise for certified teachers. It also includes more than $388 million in additional funding for K-12 schools and $230 million for the University System of Georgia to eliminate a Special Institutional Fee.

“In short, this budget improves both the quality of and access to education across the board,” Kemp said.

It also includes additional funding for law enforcement in the state, including more than $10.3 million to expand the GBI Medical Examiner’s office and crime lab to address a backlog of cases. The budget includes more than $28 million to extend Medicaid coverage for new mothers from 6 to 12 months following birth.

“Georgia continues to be the best state to live, work, and raise a family because we have prioritized education, public safety, and healthcare – even in the face of truly unprecedented times,” Kemp said. “This budget builds on those priorities to make us even stronger and more prosperous.”

Kemp signed the bill during a Thursday ceremony at the University of North Georgia’s Blue Ridge Campus.

T.A. DeFeo is a contributor to The Center Square.
Photo “Brian Kemp” by Brian Kemp.