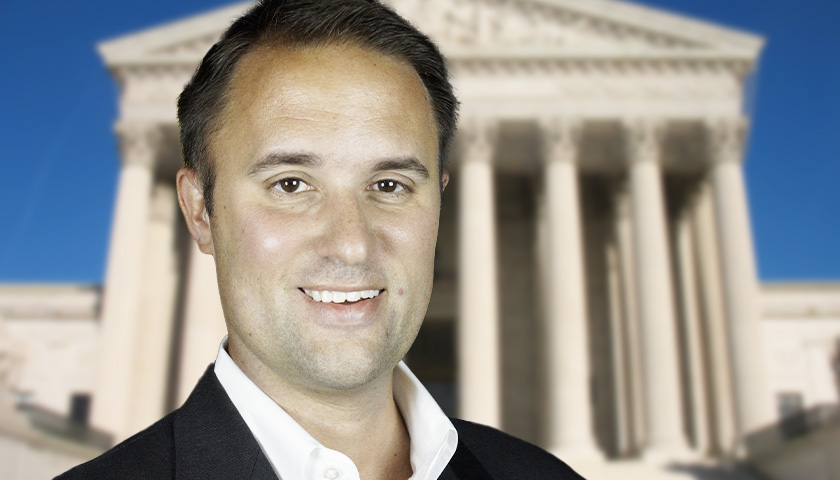 “Section 18.2-419 of the Code of Virginia states that protesting in front of an individual’s private residence is a class 3 misdemeanor. Under Virginia law, local commonwealth attorneys are responsible for prosecuting violations of this statute. Attorney General Miyares urges every commonwealth’s attorney to put their personal politics aside and enforce the law,” Victoria LaCivita, spokeswoman for Attorney General Jason Miyares (R), told The Virginia Star Tuesday.

The latter case made abortions legal at a federal level.

Far-left groups like “Shut Down DC” have advertised and carried out their illegal activities without penalty.

“The evening of Monday, May 9, we will hold a vigil for all these rights that Alito is threatening to take away. Because it’s been impossible to reach him at the Supreme Court (especially now with the enormous fences), we will do it at his home,” Shut Down DC said in an event invitation on its website. “At 7:30 p.m. we will gather at a nearby location and walk together to his house. At the foot of his driveway, on the public street, we will light candles and speakers will share their testimony. We will hold a moment of silence for the rights we know are ours, then walk back together to the meeting location.”

Gov. Glenn Youngkin says that his office is working with law enforcement to ensure there is no violence.

“We have been coordinating with [the Fairfax County Police Department] [Virginia State Police], and federal authorities to ensure that there isn’t violence. Virginia State Police were closely monitoring, fully coordinated with Fairfax County and near the protests,” he said, drawing criticism from some who say his response has not been strong enough.

We have been coordinating with @FairfaxCountyPD, @VSPPIO, and federal authorities to ensure that there isn’t violence. Virginia State Police were closely monitoring, fully coordinated with Fairfax County and near the protests. https://t.co/SZMhbuzKFN

“The mere event is illegal according to federal law as it’s a tactic to intimidate judges,” political commentator Yossi Gestetner replied to the governor.

The mere event is illegal according to federal law as it's a tactic to intimidate judges. pic.twitter.com/NUQXtxrx8w