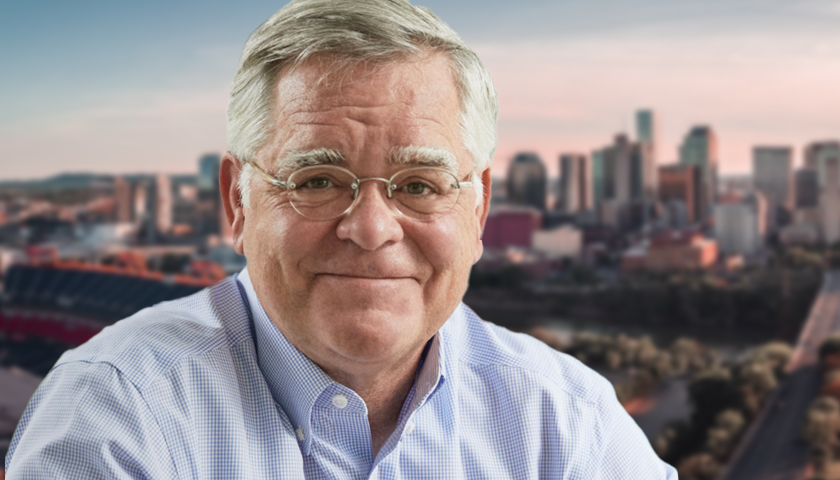 An Impact Research poll released on May 2, commissioned by Thistle Farms executive director Hal Cato, shows that Nashville Mayor John Cooper may be vulnerable in his 2023 quest for re-election.

A document released by Impact Research says the poll found Cooper’s approval rating is underwater, with 41 percent of respondents approving of his job performance and 56 percent disapproving. That is a net negative approval rating of -15 percent.

The topline memo also says the poll found only 31 percent of respondents felt Nashville is moving in the right direction.

Impact Research further claims poll participants are looking for an alternative to Cooper, with 53 percent of identified likely voters expressing their desire to vote for someone other than the current mayor.

In the poll, Hal Cato leads amongst the poll respondents after they heard “balanced positives”.

The following is what Impact Research says is a positive statement shared about Cooper:

John Cooper is the mayor of Nashville with more than 30 years of business and financial experience. Cooper has delivered, with record investments in transportation, parks, renewable energy, and education — including making Nashville teachers the best paid in the state. Cooper has led Nashville through tough times, from the tornado and bombing, to the pandemic — and he gets the job done.

Hal Cato is a local non-profit and business leader. Cato has made a career of being a purpose driven leader, founding Hands On Nashville then running the Oasis Center and Thistle Farms, a national program helping women who are victims of human trafficking. Hal’s work to improve education access, economic opportunities and racial inequalities
show he will put people first as Mayor.

Matt Wiltshire helps run Nashville’s Development and Housing Agency. After fifteen years in investment banking, Wiltshire turned to public service, becoming the Director of the
Mayor’s Office of Economic and Community Development. Matt wants to create real opportunities for the city and his fellow citizens.

The polling firm explained the survey methodology in the release.

“These findings are based on the results of a phone and text-to-web survey conducted by Impact Research from April 6 – 11, 2022 among N=500 likely 2023 municipal voters in Davidson County, TN. The results are subject to a margin of error of ±4.4 percentage points,” the polling firm wrote.

The 2023 Nashville mayor’s race would be Cooper’s first time running for re-election.