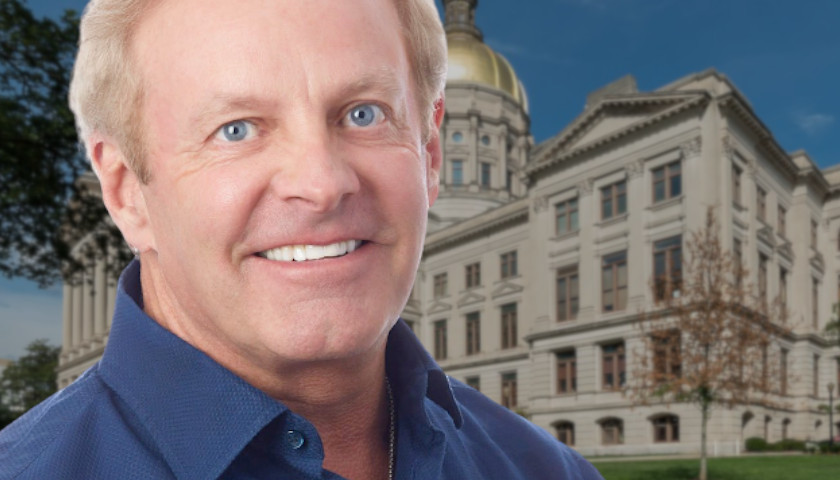 MARIETTA, Georgia – State attorney general candidate John Gordon criticized incumbent Attorney General Chris Carr for what he characterized as a “do nothing” term at an event Monday.

Gordon also spoke on the topic of digital censorship from the technocracy.

“I’ve posted on YouTube and Facebook the solemn truth and guess what happened? They took me down,” said Gordon. “In the United States of America as a candidate for public office where we have a competition for ideas, they took me down! Well, I’ve got news for you – as attorney general, they will not cancel us! They will not silence us!”

Before speaking on education, Gordon raised the issue of the 2020 riots in Atlanta, and the hundreds of thousands of dollars in damage caused by the largely unpunished criminals who wreaked havoc on Marietta during that turbulent year.

“I don’t think anyone’s been prosecuted,” he said. “If the local prosecutor won’t do their job, I will prosecute the bad guys for them.”

Gordon did not fail to mention the controversial philosophy of Critical Race Theory, vowing, “I’m also going to protect our children, and if any misguided educator seeks to indoctrinate our children on Critical Race Theory they’re going to see me in court!” In the same vein of protecting children, Gordon maintained his intent to prosecute anyone “as a child abuser” who counsels a minor about gender identity without the express permission of parents.

When asked what makes him the best candidate for the position, the attorney general hopeful from Macon shared some of his work experience highlights.

“I am a very good lawyer. I have been to the Georgia Supreme Court twice. I’ve prosecuted people for the District Attorney of Macon when I began my career. I have done complex litigation, I have done complex business transactions. I am ideally suited for this job. I will not let you down,” he said.

Gordon received loud cheers from the crowd to nearly all his answers. Several attendees gave him a standing ovation. He concluded his remarks by sharing his appreciation for some of the people who have publicly stated their endorsement of his run for Georgia attorney general.

“I’m glad to have the endorsements of speaker Newt Gingrich, the Veterans for America First, BlackPAC, and yes, ladies and gentlemen, the 45th and 47th President of the United States, Donald J. Trump!” he said.