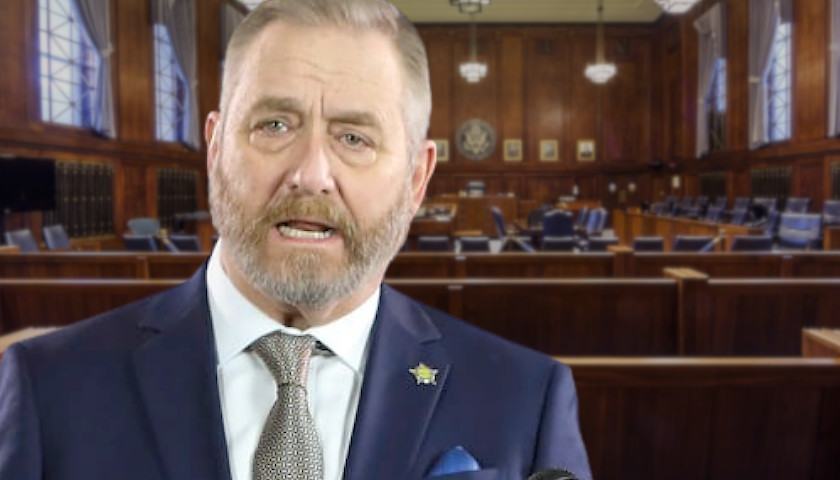 After the top attorneys in Texas, Montana and Missouri announced that they would be leaving the National Association of Attorneys General (NAAG), Ohio appears poised to remain part of the group.

“The attorneys general of Texas, Missouri and Montana have decided to withdraw our states’ membership from NAAG,” said a letter penned by Texas Attorney General Ken Paxton (R).

The letter was addressed to Iowa Attorney General Thomas Miller (D), the president of NAAG.

“While we have been a driving force for NAAG’s success – both financially and on key issues – the Association’s leftward shift over the past half-decade has been intolerable. Indeed, this liberal bent has fundamentally undermined NAAG’s role as a ‘nonpartisan national forum’ that ‘provides a community … to collaboratively address’ important issues,” the letter said. “We can no longer spend our taxpayers’ money to sustain our membership with NAAG under these circumstances.”

“We previously met with NAAG’s senior leadership to make them aware of our concerns,” the letter said. “Those conversations were friendly, but nothing has been done. And we see no signs that anything will change in the future.”

The Ohio Star Thursday reached out to Ohio’s Republican Attorney General Dave Yost to see if he shared concerns similar to those of Paxton and the other attorneys general, but his office did not return multiple comment requests.

“NAAG’s advocacy efforts are defined and driven by bipartisan letters, signed by at least 36 attorneys general, that endorse or support legislation or policy,” according to its website, and defines itself as “the nonpartisan national forum providing collaboration, insight and expertise to empower and champion America’s attorneys general.”

The withdrawal from NAAG is reminiscent of an exodus by individual states from the Nation School Boards Association (NSBA).

That group coordinated with the White House and penned a letter labeling concerned parents who have protested at their local school boards as “domestic terrorists.”

The backlash was swift, as states like Ohio, New Hampshire, Illinois, Minnesota and others almost immediately ended their relationships with the NSBA. In total, 19 states cut ties with the NSBA.

Pete D’Abrosca is a reporter at The Ohio Star and The Star News Network. Email tips to [email protected].
Photo “Dave Yost” by Dave Yost.