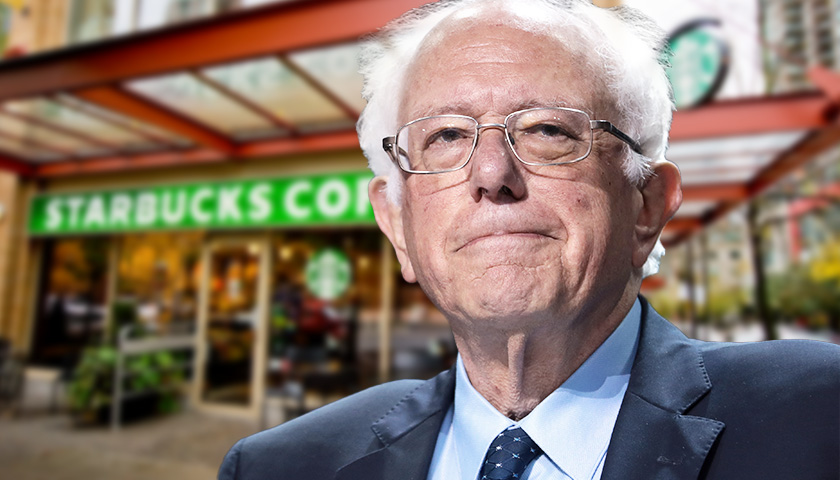 As Starbucks stores around the country continue to unionize, a prominent U.S. senator received a rock star’s welcome in Richmond, where he went to galvanize employees of the coffee retail giant.

“It is an honor for me to be here,” Senator Bernie Sanders (I-VT) told the crowd, “because you are extraordinary American heroes and heroines.

Last week, five Richmond Starbucks locations voted in favor of unionization, adding to an ever-growing list of stores across the country that have demanded more bargaining power from Starbucks’ leaderhship.

“How extraordinary it is that in the last couple months, 28 Starbucks coffee shops have successfully organized, including seven here in Virginia. Who knew, Virginia?” Sanders said. “This movement is spreading like wildfire all across the country, with over 200 shops ready to vote in the next couple months.”

Sanders said the unionization effort is causing the leaders of large companies to panic.

“And what these guys, whether it’s Jeff Bezos of Amazon or [Howard] Schultz of Starbucks, what they are worried about is not just the money, that’s important,” he said. “They are worried that all over this country, because of your efforts, people are going to stand up and say, enough is enough.”

Schultz is the CEO of Starbucks. Bezos is the former CEO of Amazon, but still the largest shareholder in the online retailing company.

Starbucks has been relatively tight-lipped about the unionization movement spreading among its employees, but says that it has always been interested in an open dialogue with them.

“We are listening and learning from the partners in these stores as we always do across the country. From the beginning, we’ve been clear in our belief that we are better together as partners, without a union between us, and that conviction has not changed,” a Starbucks spokesperson told The Ohio Star when a Columbus, Ohio store began the unionization process earlier this month.

“In October 2021 we announced further investments in wages: Starting in summer 2022, U.S. hourly partners will average nearly $17/hour with a new range of $15-$23 for baristas in summer 2022,” that spokesperson said.

The spokesperson also said that the company has invested more than one billion dollars in “incremental investments in annual wages and benefits over the last two years.”