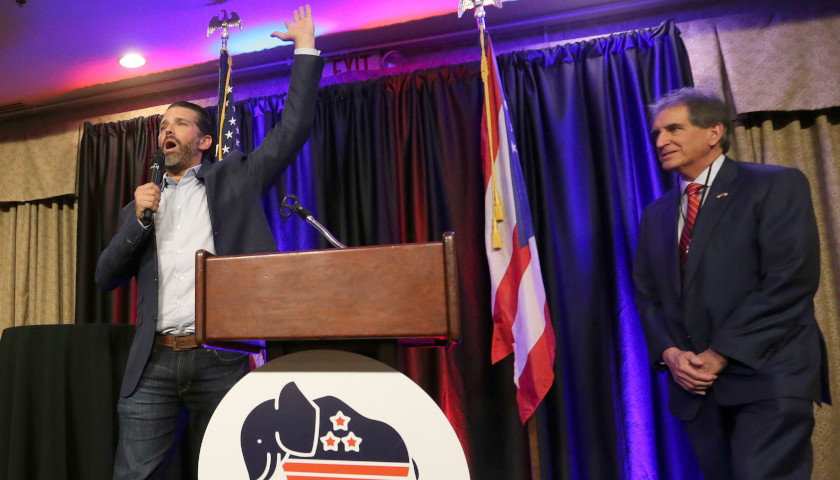 Donald Trump, Jr. was on the campaign trail in Ohio with gubernatorial candidate Jim Renacci who looks on as the 45th President’s eldest son speaks to supporters at a private reception at the Republican Party of Medina County Lincoln Day Dinner held at the Galaxy Banquet Center Wednesday evening. 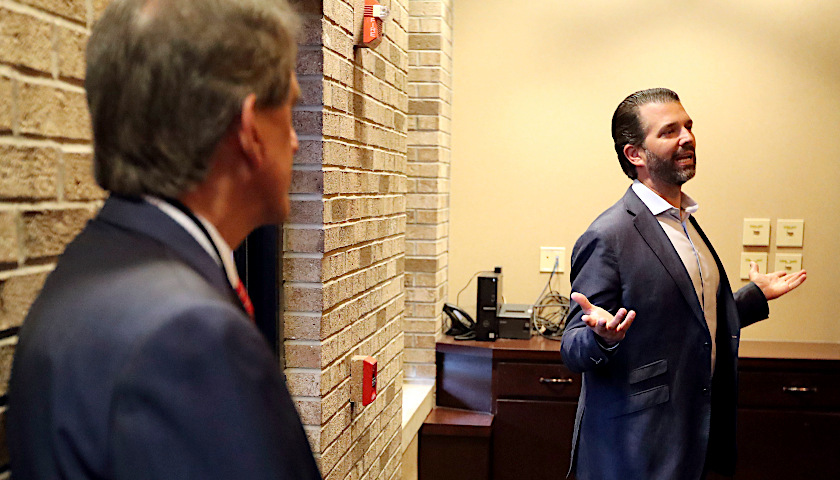 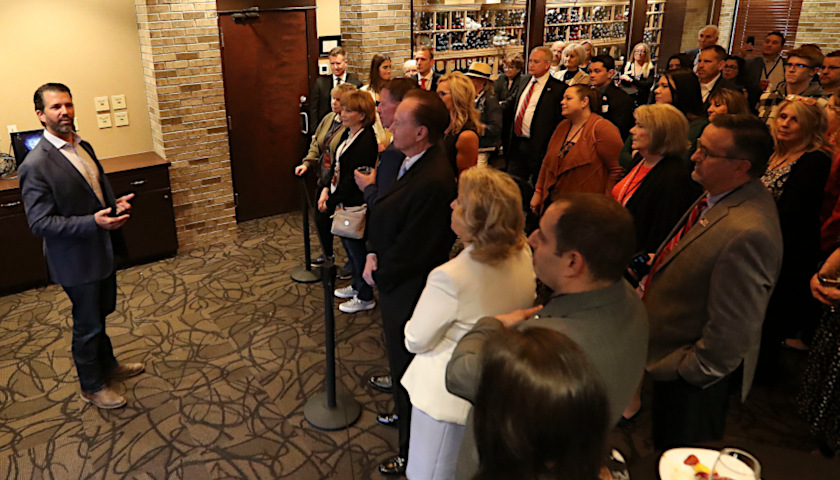 Gubernatorial candidate Jim Renacci, who is challenging one-term incumbent Mike DeWine, is leading in a March 28-conducted Harris poll with 46 percent support compared to the governor’s 30 percent going into the May 3 GOP primary. 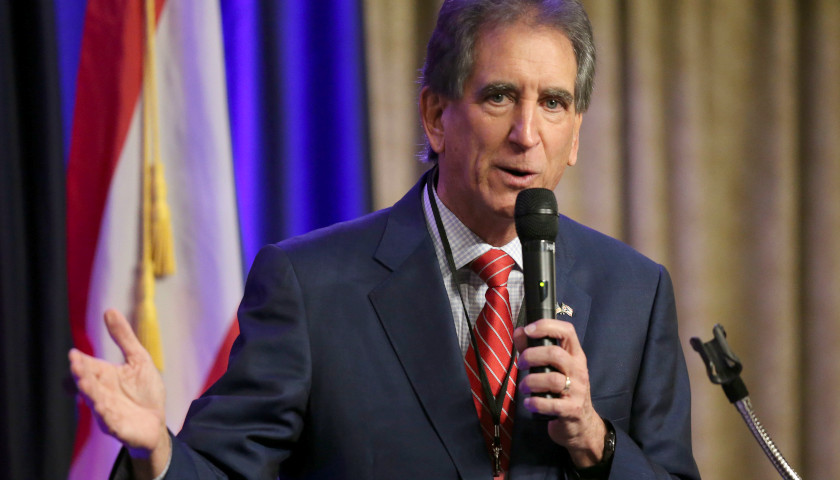 In December 2021, Renacci chose Christian movie producer and an Air Force veteran, who had no political experience, Joe Knopp, as his running mate to unseat Governor Mike DeWine and Lt. Governor Jon Husted in the May 3 Republican primary. Knopp, after spending six months making a documentary with 45th President Donald Trump and his family, wanted to get involved in politics. 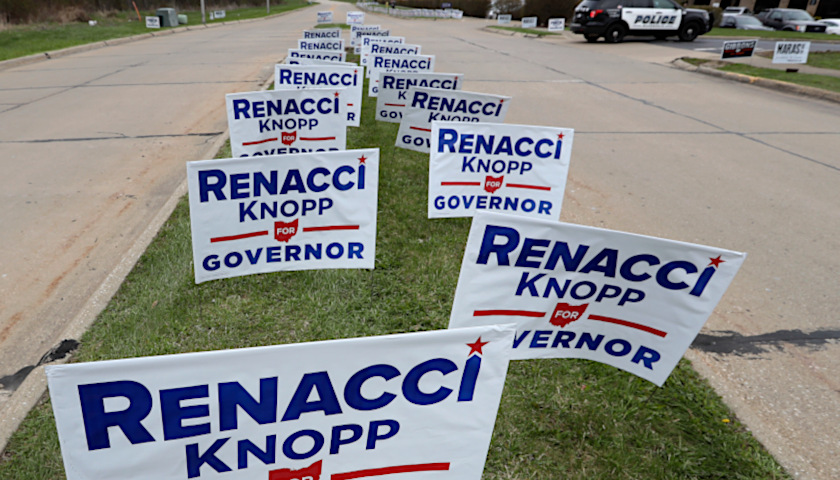 Donald Trump, Jr. was the keynote speaker at the Republican Party of Medina County Lincoln Day Dinner held Wednesday as a fundraiser for the organization. 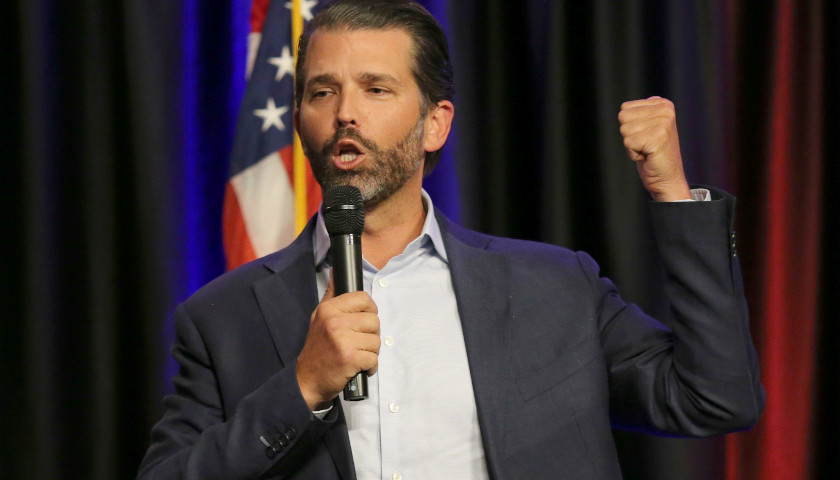 The event offers an opportunity for GOP members to hear from well-known figures of the Party, and Trump, Jr. was chosen by candidate for the Republican gubernatorial nomination and current Executive Committee Chairman for the local GOP, Jim Renacci and others, because of his national presence and popularity. The event honored firefighters and first responders.

Laura Baigert is a senior reporter at The Ohio Star and The Star News Network.
Photos by Aaron Josefczyk.