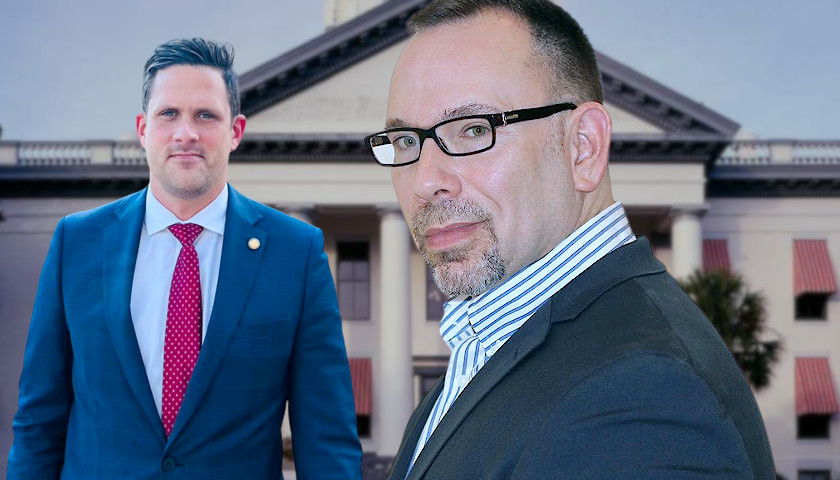 A USA Today opinion columnist called a Florida lawmaker a “rotten bigot” and said God destroyed part of the lawmaker’s home. Michael J. Stern, the columnist, recently tweeted on Wednesday that he did not believe in God, but the news of Florida State Representative Joe Harding’s (R-Williston) home being seriously damaged was causing him to reconsider.

“I’m not a believer, but the tornado that just ripped apart the home of the author of Florida’s ‘Don’t Say Gay’ law is making me reconsider,” Stern said. “Hey, Joe Harding (@josephbharding), God thinks you’re a rotten bigot and just b***h-slapped you.”

I'm not a believer, but the tornado that just ripped apart the home of the author of Florida's "Don't Say Gay" law is making me reconsider.

Harding was the sponsor for the parental rights in education bill passed by the Florida Legislature. Democrats, LGBT activists, and the mainstream media have referred to the bill as the “Don’t Say Gay” bill.

Harding’s home was seriously damaged after a string of severe storms rolled through north central Florida, and the National Weather Service confirmed the area was hit with an EF-1 tornado.

Harding was not at home, but his family was.

“We are blessed,” Harding said. “It could have been a lot worse.”

Ellen Hopkins, a former journalist and current author, responded to Stern’s tweet with the laughing emoji, showing her support for Stern’s sentiment.

The online backlash to Stern’s and Hopkins’ tweets were overwhelming, calling for them to “seek help.”

One of the responses included was “[t]his says a lot about you and your character,” which garnered hundreds of likes.

Left-wing journalists and members of the mainstream media have been very vocal in their opposition to the recently approved legislation, yet the word “gay” is not included in the legislation. The bill specifically outlines the abolition of instruction relating to “sexual orientation or gender identity” in primary grades kindergarten through 3rd grade.

As of Thursday afternoon, Stern’s and Hopkins’ tweets had not been deleted.