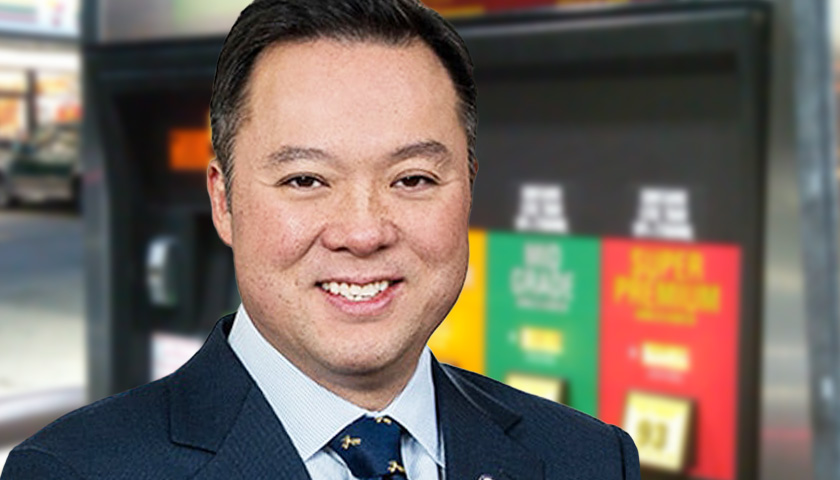 As gas prices near record highs in Connecticut, the state’s Attorney General is warning gas distributors against price gouging.

“Gas prices fluctuate constantly, and price changes and price increases are normal. But what we have seen this past week is not typical, and we can expect even more volatility due to the unprovoked and unconscionable Russian invasion of Ukraine,” Attorney General William Tong (D) said in a Monday statement.

“The Department of Energy and Environmental Protection has notified my office of an abnormal market disruption, which triggers additional consumer protections during this time. Overcharging consumers is unacceptable at any time, but during this abnormal market disruption it is illegal,” he continued. “If you see anyone charging excessive gas prices, I want to know. We will investigate every report and will take strong action against anyone taking advantage of Connecticut consumers during this international crisis.”

Asked whether he would acknowledge that gas prices have been steadily rising since President Joe Biden took office, and that not all of the blame should be placed on the Eastern European conflict, Tong did reply to The Connecticut Star.

Tong was not the only Connecticut official to speak out about gas prices Monday.

Senator Richard Blumenthal (D-CT) held a press conference outside a Danbury gas station to tell supporters how angry he was about rising gas prices, and to join his U.S. House colleagues in support of the Gas Prices Relief Act of 2022, which would suspend the 18.4 cent tax per gallon of gas until January 1 of next year.

“As we can see, we have been hit by a perfect storm — literally a storm of rising prices,” he reportedly said. “Americans should be angry. I’m angry.”

“When I filled my tank last night, I was angry at Vladimir Putin for starting this unnecessary, unprovoked war which is disrupting the world market and raising our prices here in Connecticut,” he continued.

Blumenthal has an estimated net worth north of $81 million, making him the third-wealthiest member of the U.S. Senate.

As The Star reported, the price of gas jumped 52 cents per gallon between February 5 and March 5.

The average price for a gallon of gas last Monday was $3.72, compared to $4.28 this Monday, according to the American Automobile Association (AAA).

The highest price per gallon of gas ever recorded in the state is $4.39.