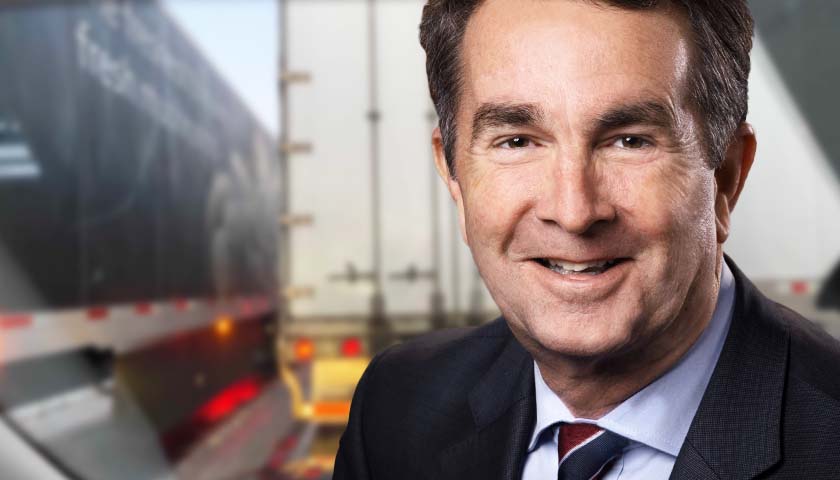 Outgoing Gov. Ralph Northam (D) has not taken any responsibility for Monday and Tuesday’s massive pileup on I-95 in the northern part of the state, choosing instead to blame motorists.

“We gave warnings, and people need to pay attention to these warnings, and the less people that are on the highways when these storms hit, the better,” Northam told The Washington Post.

In a Tuesday news conference, Northam also denied that the state government was to blame for the chaos.

“We all need to be clear that this was an incredibly unusual event,” he said, despite the fact that snow is common in the winter in Northern Virginia.

Monday morning, a snowstorm caused a tractor-trailer to jackknife across the highway, stopping traffic. Soon, snow began falling more rapidly, leaving thousands of motorists on both sides of the highway trapped. Several other accidents contributed to the massive delay.

Sen. Tim Kaine (D-VA) was among those caught in the gridlock.

Tuesday afternoon, it was reported that Kaine eventually made it to Washington, D.C. after more than 27 hours on the road.

Notably, some social media users were quick to blame Gov.-Elect Glenn Youngkin (R) for the mess, not knowing that Youngkin does not take office until Jan. 15.

Anti-Trump pundit Jonah Golberg was among them, who said if he were Youngkin, he’d be “flooding the zone.”

So was an activist from Georgia.

“Well this is not a good start or look for Virginia’s Gov. Glenn Youngkin,” Georgian political organizer Stacey Hopkins said on Twitter.

Well, this is not a good start or look for Virginia's Gov. Glenn Youngkin. https://t.co/NEm5qg8zTO

Fred Grimm, who describes himself as a “former news guy,” said the traffic jam was “[c]ollateral [sic] damage between Glenn Youngkin and Wrath of God.”

Collateral damage between Glenn Youngkin and the wrath of God.

Neither the Virginia Department of Transportation (VDOT) nor Northam’s office returned a comment request seeking to find out whether Virginia’s government will take steps to prevent another similar situation.

Pete D’Abrosca is a contributor at The Virginia Star and The Star News Network. Follow Pete on Twitter. Email tips to dabroscareports@gmail.com.
Photo “Ralph Northam” by Governor of Virginia. Background Photo “I-95 Traffic Jam” by Tim Kaine.