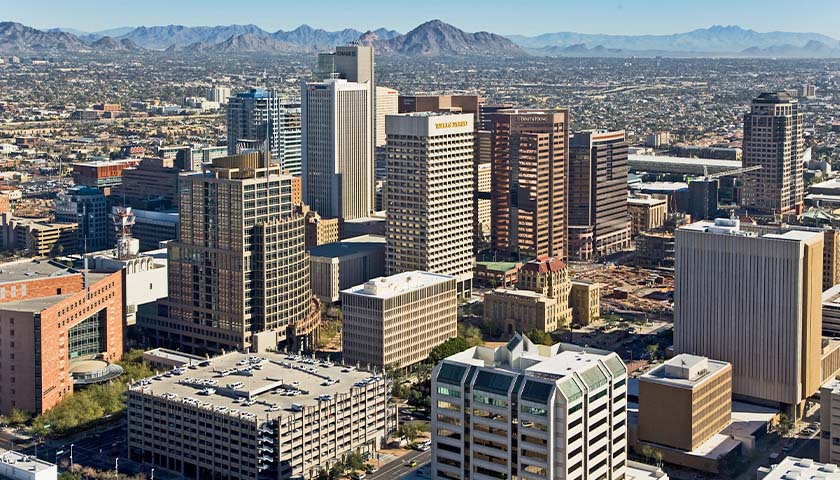 Phoenix has the second highest percentage change in high-paying jobs out of a list of large U.S. metros, according to a Stessa report.

Phoenix saw a 217.1% increase in six-figure jobs from 2015 to 2020, marking the second-largest percentage increase among the nation’s largest metropolitan areas.

“We are leading the nation in high-wage industry growth, including semiconductors, electric vehicle manufacturing, biosciences, start-ups and more,” Phoenix Mayor Kate Gallego’s office told The Center Square. “Our efforts to accelerate and strengthen the business operating environment in Phoenix and the greater region are reflected in this exciting job growth, a sign of our economic vitality.”

In response to the report, Gallego called Greater Phoenix a “national leader and top relocation destination for families, jobs and businesses.”

Elizabeth Troutman is a contributor to The Center Square.
Photo “Phoenix, Arizona” by DPPed CC BY-SA 3.0.