A Record Number of Minnesotans Moved to Other States This Year 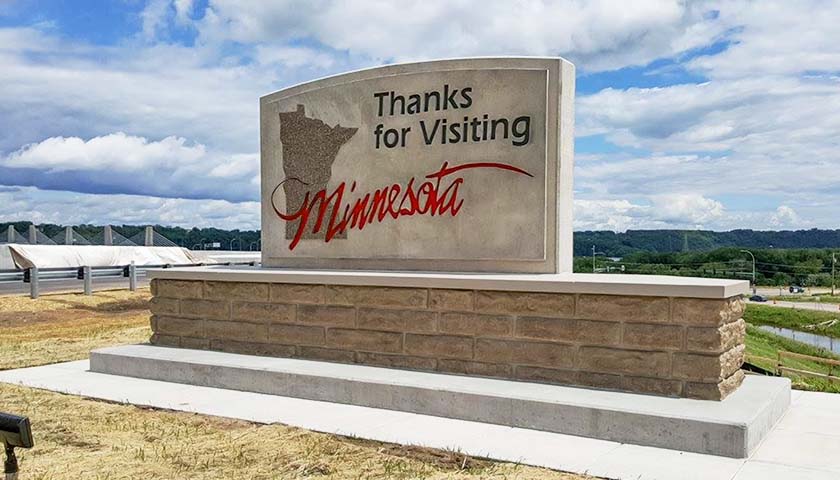 New Census Bureau population data show that Minnesota’s population grew by just 225 people in 2021. One particularly alarming aspect of this was a loss of 13,453 residents to other states. This was our state’s biggest net loss of domestic migrants to other states in at least 30 years.

As Figure 1 shows, until 2001 Minnesota received more residents from other states each year than it lost to them. Since then, in all except for two years, 2017 and 2018, our state has seen more residents leave than have chosen to come here from elsewhere in the United States. The loss of residents in 2021 might be especially large, but it is not a new development. 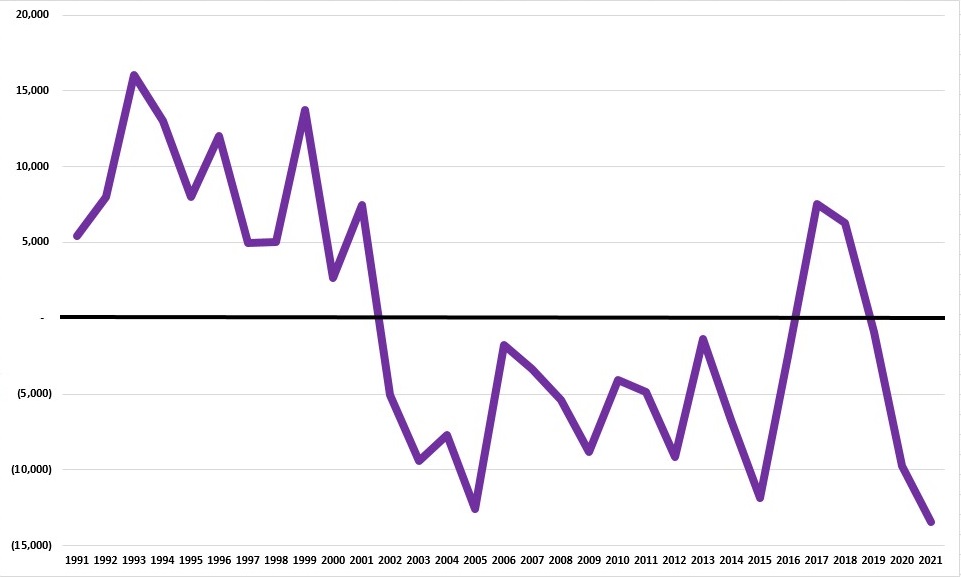 Where did people move to and from? Figure 2 shows domestic net migration for 2021 for all 50 states and the District of Columbia. We see that the most popular destinations by far were Texas and Florida. On net, these states gained an impressive 391,197 residents in one year. The big losers were New York and California. Together, these two states lost a staggering 719,484 residents between 2020 and 2021. 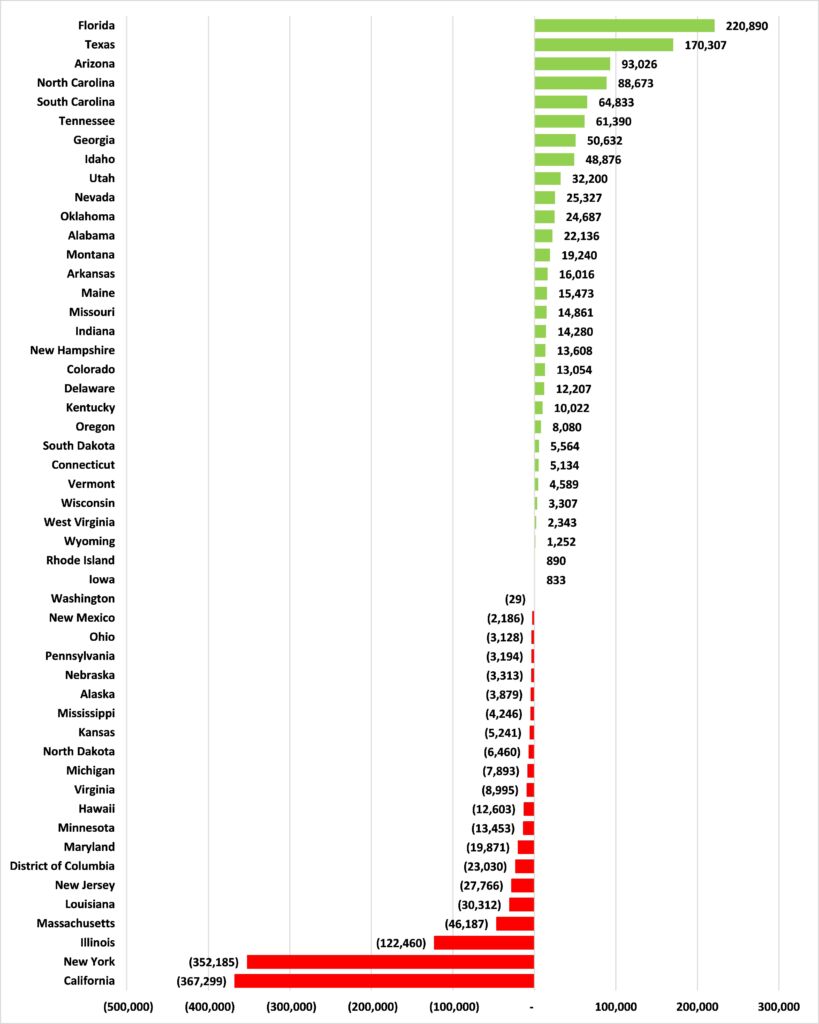 What is behind these patterns? As I argued in our recent report ‘Taxes and Migration – Minnesotans on the Move to Lower Tax States,’ taxes play a not insignificant role in people’s decisions as to where to live, work, and invest. The analysis in that report is more rigorous, but it is telling that the average state and local sales, property, and individual income tax burden for New York and California in 2019 was 11.2 percent while it was just 7.4 percent for Texas and Florida. Minnesota ranks 6th with a burden of 10.2 percent so we shouldn’t be surprised to see this mass exodus of Minnesotans to other states.

But there is another factor at work here, I think. This data covers the first year of the COVID-19 pandemic. The measures taken to combat this virus differed greatly from state to state. Both New York and California have taken stringent measures in terms of lockdowns and masking requirements while Texas and Florida have taken a more laissez-faire approach. To the extent that some of these moves have been driven by COVID-19 policy, it would seem that when they are voting with their feet, Americans generally prefer Ron DeSantis’s approach to Gavin Newsom’s.

John Phelan is an economist at Center of the American Experiment.