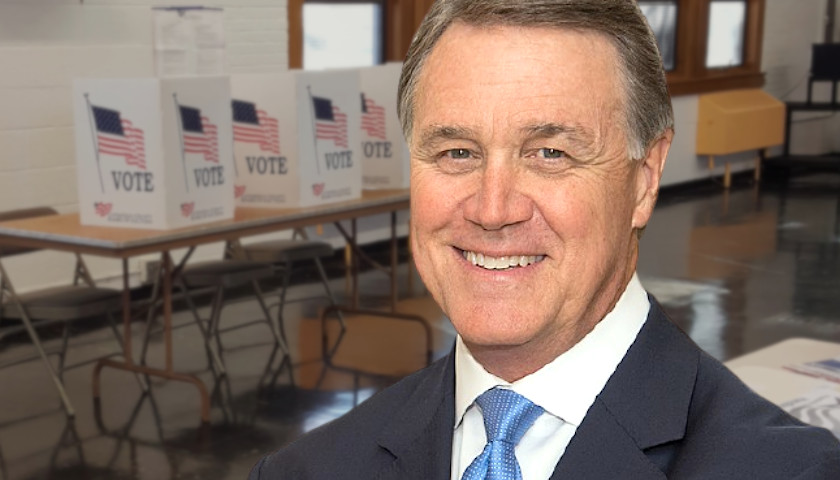 In their lawsuit, Perdue and Elizabeth Grace Lennon requested access to Fulton County’s absentee ballots and absentee envelopes from last year. They filed the suit in the Superior Court of Fulton County. Lennon said county officials denied her the right to vote.

Perdue’s and Lennon’s suit cited Fulton County Board of Registration Elections Director Richard Barron. Barron recently announced he’s resigning, effective December 31. The lawsuit said Barron and others “grossly negligently or intentionally engaged in and/or permitted multiple unlawful election acts and omissions by their failure, inter alia, to competently oversee the actions of the Fulton County Board of Registration and Elections employees, staff, agents, and/or contractors in the acceptance and tabulation and counting of absentee ballots, thousands of which were unlawfully marked by machines rather than legally registered Georgia voters.”

“These acts and omissions, inter alia, circumvented the majority vote of the people of the State of Georgia and thereby affected the outcome of the statewide General Election on November 3, 2020 in several races including the United States Senate race of Petitioner Perdue,” according to the lawsuit.

Perdue’s and Lennon’s lawsuit said they will not contest the results of last year’s elections. Instead, they want to add “transparency, fairness, honesty, and quality to Georgia elections.”

Lennon said in the suit that she tried to vote in person last year, but county election officials falsely said she had already voted absentee.

The lawsuit also cites former county election official Susan Voyles. Voyles helped recount votes in last year’s general election. Voyles said in an affidavit that she handled and observed many absentee ballots that no one had folded. She said a printer — and not a human — had completed those votes.

“Thousands of unlawful counterfeit ballots were scanned, tabulated, and included in the certified total of votes submitted by Respondents to the Georgia Secretary of State’s Office as established by the sworn testimony of Voyles and photographs of absentee ballots, which ballots show no creases or folds as would be required if the ballots had been placed inside absentee ballot envelopes and mailed,” according to the lawsuit.

Perdue said this week he would not have voted to certify the state’s 2020 election results.

The special session did not happen. Had such a special session occurred then state legislators would likely have addressed the appointed presidential electors and the implementation of laws limiting voter fraud in the general election runoff.

Kemp, last December, would not use his authority to change the date of the state’s two U.S. Senate elections from January 5 to February 1 of this year. Moving back the date might have given members of the Georgia General Assembly additional time to coordinate and develop ways to prevent potential election fraud.