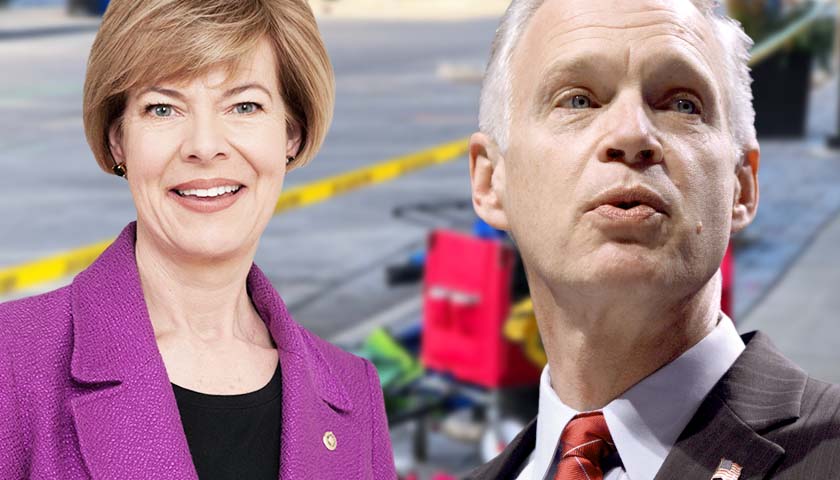 Wisconsin’s U.S. senators are telling “outside groups” to stop trying to use Waukesha’s parade tragedy for their own purposes.

Republican Ron Johnson and Democrat Tammy Baldwin issued a joint statement on Saturday decrying the politicization of the deaths at Waukesha’s Christmas Parade.

“It has come to our attention that outside individuals or groups may attempt to exploit the tragedy that occurred last Sunday in Waukesha for their own political purposes. As the U.S. Senators representing Wisconsin, one from each political party, we are asking anyone considering such action to cease and desist,” the two wrote.

The two said Waukesha needs to be allowed to heal.

“We have full confidence in the local officials who responded with extraordinary professionalism, competence, integrity and compassion. They have many difficult duties to perform in the coming days, weeks, and months, and they should be afforded the respect and support they deserve to undertake their responsibilities without outside interference,” the statement read.

“Their top priority is to begin the healing process within Waukesha by providing comfort and support to surviving family members of the deceased, and those injured both in body and spirit. They must also conduct a thorough investigation and afford the accused full due process. These will not be easy tasks, and will be made even more difficult if conducted within a politically charged atmosphere.”

Neither Johnson of Baldwin offered any specifics of the outside groups or the attempts to exploit the tragedy. But there have been questions raised about the politics in the Milwaukee County’s D.A.’s office which allowed the Waukesha parade suspect out of jail despite a lengthy criminal record.

That suspect, Darrell Brooks Jr., was released on $1000 bail just days before police say he drove into the crowd at the Waukesha parade.

He is now being held on a $5 million bond in Waukesha.