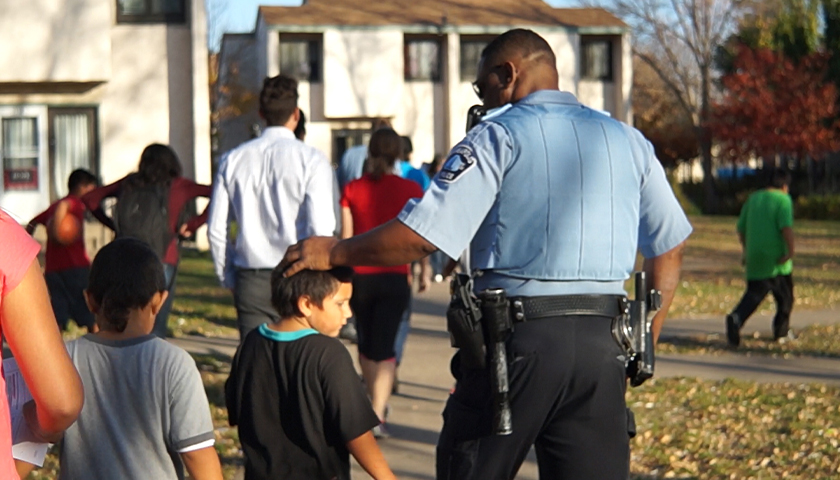 The Minnesota Police and Peace Officers Association asked the Brooklyn Center City Council to vote ‘no’ on Mayor Mike Elliot’s proposal to cut funding to the police department by 30%. The City Council will be voting during their Monday night meeting.

According to a statement from the Minnesota Police and Peace Officers Association, the city is going to vote on reallocating $1.2 million from the police budget for “non-police functions.” They said that this would include not filling the 14 vacant positions within the Brooklyn Center Police Department.

They wrote that leaders of Minnesota police organizations have shared their concerns with the city “warning about defunding and what that will mean for the safety of the community.” The statement goes on to say that “many of the mayor’s proposed initiatives would be illegal under state law.”

Chuck Valleau, who represents the police officers within Brooklyn Center Police Department, said, “Brooklyn Center’s police officers are committed to building community trust and working to keep the community safe and secure. This upcoming vote to defund the police department will make residents less safe and further divide our community. Less officers will result in more crime, longer response times to help the victims of crime, and less resources to investigate crimes to provide justice.”

The press release explained how the police department is understaffed already, running with 32 active police officers, while they are budgeted for 49. The Minnesota Police and Peace Officers Association detailed how telephone holding times have almost doubled since April of this year.

They explained their fears that those times would only grow longer if the Brooklyn Center Police Department becomes more understaffed and severely defunded.

Brian Peters, a former Brooklyn Center Police Department Commander and the executive director of the Minnesota Police and Peace officers Association, said, “We’re currently seeing the effects of a defunded police department: All types of crime – including violent crime – has substantially increased in Brooklyn Center. The mayor’s proposal seeks to appease extremists at the expense of everyone else who seeks a safe and secure community by making these defunding changes permanent.”

Hayley Feland is a reporter with The Minnesota Sun and The Wisconsin Daily Star | Star News Network. Follow Hayley on Twitter or like her Facebook page. Send news tips to [email protected].
Photo “in the community” by Minneapolis Police Department.