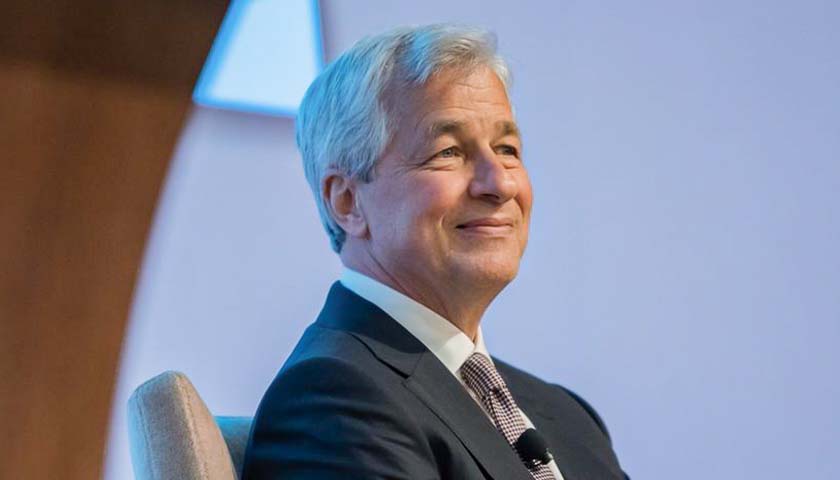 Dimon said that he regrets the joke he made Tuesday morning while speaking at an event at Boston College, according to The Wall Street Journal.

“I was just in Hong Kong and I made a joke that the Communist Party is celebrating its hundredth year. So is JPMorgan. I’d make you a bet we last longer,” Dimon said Tuesday, according to a video recording obtained by the WSJ. “I can’t say that in China. They probably are listening anyway,” Dimon added.

Dimon followed up on his joke Wednesday, saying he regrets the remarks and “was trying to emphasize the strength and longevity of our company,” according to a statement from the bank obtained by the WSJ.

Dimon issued an additional statement later Wednesday, reiterating his regret and adding, “it’s never right to joke about or denigrate any group of people, whether it’s a country, its leadership, or any part of a society and culture.”

JPMorgan Chase did not immediately respond to the Daily Caller News Foundation’s request for additional comment.

Dimon’s comments came shortly after he returned from a trip to Hong Kong, skipping the three-week quarantine required for most visiting the country from the U.S., according to the WSJ.

JPMorgan Chase has operated in China since 1921 and has recently tried to break further into the world’s second-largest economy, Reuters reported.

The bank gained approval in 2019 to create a majority-owned securities joint venture, providing brokerage, investment advisory, and underwriting services, according to Reuters.