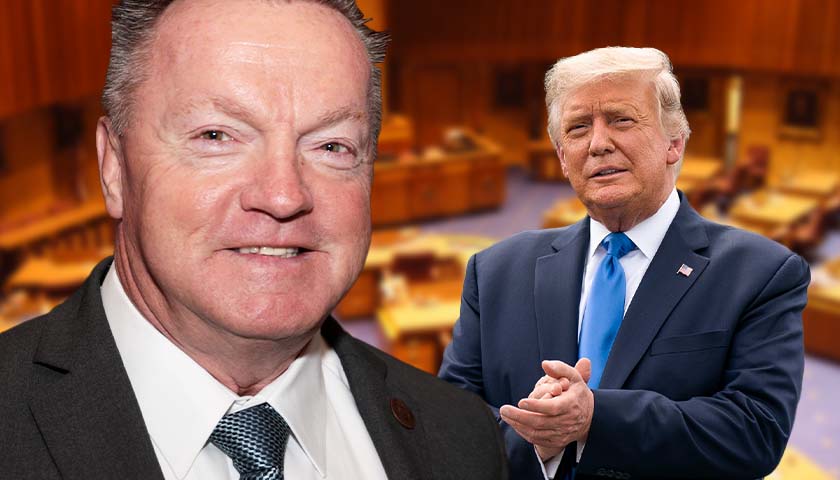 Citing his stances on a host of issues and priorities of the former president, Trump awarded his “Complete and Total Endorsement” to Kern.

“Former Arizona State Representative Anthony Kern has already forced RINO Senator Paul Boyer out of the race for Arizona State Senate. Anthony is an incredible fighter for Election Integrity, and will bring back honesty to our voting system. He will advocate for America First policies, protect our Second Amendment, fight for strong Borders, Jobs, Great Education, and he supports decertifying the fraudulent 2020 Presidential Election results. Anthony Kern has my Complete and Total Endorsement!” Trump said in a statement.

The seat that Kern is running for is currently held by State Senator Paul Boyer (R-Glendale). Boyer, who has received harsh criticism from Trump, announced he will not seek reelection when his current term ends.

Boyer has remained critical of the audit of 2.1 million ballots cast in the November 2020 election in Maricopa County.

He said, “Who wouldn’t support an audit? But the way they’re doing it, it’s embarrassing. It makes me embarrassed to be a state senator at this point.”

Furthermore, Boyer was hesitant to enforce a subpoena against the Maricopa County Board of Supervisors.

“Republican Arizona State Senator Paul Boyer, a RINO if there ever was one, is doing everything in his power to hold up the damning Forensic Audit of Maricopa County which has been taking place over the last 90 days. The people of Arizona are demanding it,” Trump said in a previous statement.

“Boyer has been nothing but trouble, and nobody knows why. All we demand is Voter Integrity! He is being primaried by a strong and highly respected challenger, former Arizona State Representative Anthony Kern.”