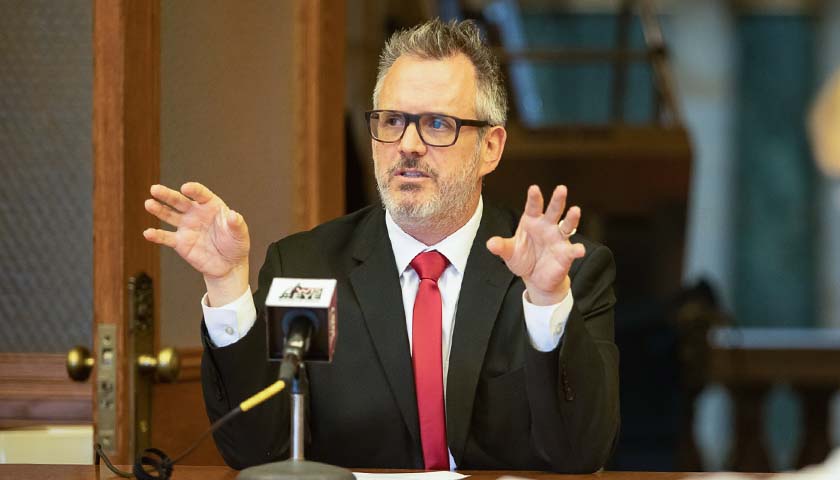 Rep. David Steffen, R-Green Bay, said a lot of folks in Brown County love the idea of a tax rebate from Lambeau Field. But as Packer fans, Steffen says the same people are a little leery about his plan for the stadium tax.

Steffen, who not only represents Green Bay but used to work for the Packers, wants to get rid of The Green Bay/Brown County Professional Football Stadium District, and allow the city of Green Bay to essentially take over its functions.

“We developed [The Stadium District] to get through the process of the $300 million redevelopment project, but we really didn’t spend much time contemplating the end of this process,” Steffen told The Center Square.

The Wisconsin legislature approved The Stadium District, a 0.5% Lambeau Field sales tax, and a ticket tax back in 1999 to pay for those renovations. The sales tax ended in 2015, but the District and the ticket tax continue.

Steffen wants to transfer both to the City of Green Bay.

“The Stadium District, as of the end of 2015, no longer had a statutory mission. However it still exists, and it still has a tremendous amount of excess revenue under its control, $81 million, that it can use for operations and maintenance expenses related to Lambeau Field,” Steffen explained. “[The District], as part of its mission-creep, has started to expand its approach, mission, and use of dollars over the last several years. And while I believe the use of that money is meritorious, it is different and beyond the legislative and statutory authority it was granted.”

Steffen’s plan would not only shift the Stadium District’s duties, it would return most of that excess money to taxpayers.

“Since the taxpayers funded that, I want them to get the biggest bite of the apple,” Steffen said. “My rough draft version has $45 million of that $81 million going back to the taxpayers via a homeowners’ tax credit check.”

Steffen is clear, his plan is a rough draft. He is not only circling his proposal among lawmakers in Madison, he’s allowing Brown County taxpayers to weigh-in as well. Steffen has a short survey at his legislative website that asks fans their thoughts.

“People want to understand it,” Steffen said. “What’s going to happen to my team? What does it mean for the city of Green Bay? These are natural questions, and they go back to the reason why I wanted to ask ‘Okay public, here’s my rough draft. Please let me know what you think.’”

Steffen said taxpayers stand to get some of their money back, and said Packer fans shouldn’t worry about the team losing out on any money.

“The Packers are now in the Top Five of all NFL organizations in the country,” Steffen said. “Their unencumbered cash reserves are now over half-a-billion dollars. They generated, in a pandemic year without a single paid attendee, $1.1 million-a-week in net profit.”

The Packers have recently added to those financials. The team is in the middle of a $90 million stock sale. That money is earmarked for stadium upgrades as well.

Steffen plans to let his proposal gather feedback and to gauge its support at the Capitol before calling the idea for a vote.

Green Bay’s mayor has said he is willing to look at the proposal. Leaders in Ashwaubenon, where Lambeau Field is technically located, say it’s premature to talk about ending the Stadium District and the local taxing situation.