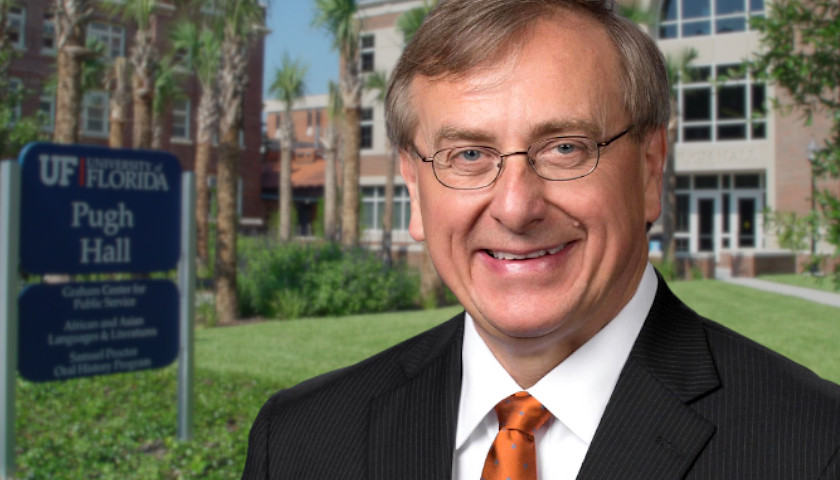 After months of back and forth between University of Florida (UF) and three of its political science professors who were blocked from participating in a high profile lawsuit against Florida’s new election law, UF President Kent Fuchs approved a report Tuesday that called for that decision to be reversed.

In a separate report sent to an accrediting organization, UF denied that its Board of Trustees or any outside forces influenced their previous decision to prevent professors, Sharon Austin, Michael McDonald and Daniel Smith, from testifying against the law that Florida Governor Ron DeSantis approved during the 2021 legislative session that ended in April.

As stated in the report that was approved by Fuchs and sent to The Southern Association of Colleges and Schools Commission on Colleges (SACSCOC), “The University of Florida Board of Trustees ensures that the institution is free from undue influence by external persons or bodies through clear and consistently enforced policies and procedures.”

As for addressing how the university’s decision led to national media outlets highlighting the issue due to concerns that the decision was politically motivated, the report to SACSCOC also stated:

“The decisions that have led to the media reports were all made internally. … The university’s established governing board, the Board of Trustees, was not involved in the decision-making process in any way, and entities and/or individuals outside the university’s established governing system had no effect on the recently reported institutional action.”

In addition to the report approved by Fuchs, another report from the university released on Tuesday cited “strong presumptions” by a seven-member task force that was created in order to give recommendations to UF’s Board of Trustees and Fuchs in determining the actions necessary in dealing with allowing the professors to testify.

However, even with the university backtracking its decision, attorneys for the three professors, David A. O’Neil and Paul Donnelly, released a statement on their behalf, which was provided by WLRN Miami:

“We are disappointed but not surprised that a task force created as a public relations tool has returned with window-dressing recommendations,” they wrote; adding, “The proposed changes address only the narrow issue of expert testimony, and even on that limited topic, they fail to cure the constitutional problem with the university’s conflict of interest policy. That policy still allows the university to restrain the faculty’s free speech based on impermissible reasons and at the university’s discretion. We will continue to press the university to make the real change that the Constitution requires.”

The three professors have filed a federal lawsuit against the university, arguing that it violated their First Amendment rights by blocking their ability to testify against the law.