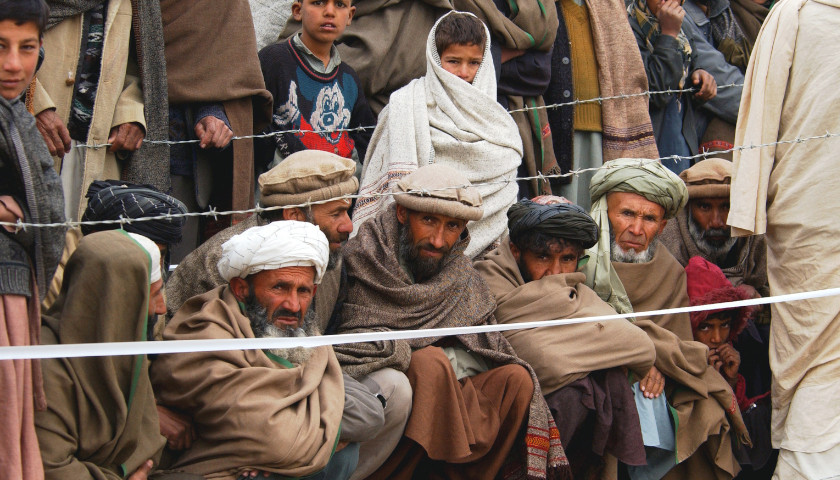 This week, 35 Afghan refugees were resettled in Knoxville with the help of two nonprofits whose sole focus is bringing refugees to America.

Bridge Refugee Services Inc. is a Tennessee nonprofit whose mission is “to help refugees, those people who are fleeing because of persecution based on race, religion, political opinion, a pertinence to social group or escaping wars and violence, to be self sufficient as soon as possible,” according to its Executive Director Drocella Mugorewera.

Bridge has help with this resettlement work.

On its website, it lists its main national partner as Episcopal Migration Ministries (EMM), another nonprofit group.

“Episcopal Migration Ministries’ vision honors both the Episcopal Church’s baptismal covenant and the historical role of the United States as a safe haven for those seeking freedom from oppression,” the website says. “EMM is committed to carrying these values and commitments forward into the future on behalf of the Church. EMM provides funding for resettlement services and early-employment programming.”

But while EMM claims affiliation with the Episcopal Church, it is barely funded at all by members of the church.

By its own admission, almost all of its funding comes from the federal government.

“While not separately incorporated, as is Episcopal Relief & Development, EMM receives very little money from the church-wide budget, instead receiving 99.5 percent of its funding from the federal government,” EMM admitted in a 2017 blog post.

The transparency of this type of arrangement is questionable at best.

It is impossible to know just how much money EMM rakes in from the federal government. Since it is incorporated through the church, it does not have to file an IRS 990 form with financial disclosures, but that money trickles down to groups like Bridge, who then settle migrants in cities and towns across America.

Of the many other refugee resettlement groups that are affiliated with religions, like the Hebrew Immigrant Aid Society (HAIS) and Church World Services (CWS), most are required to file the IRS 990 form, which allows the public to see just how big of a business refugee resettlement is.

According to the Center for Immigration Studies (CIS), HAIS received about $24.5 million from the federal government in 2016, more than half its budget.

CWS hauled in even more, tallying more than $68 million from the feds, accounting for 73.6 percent of its budget.

EMM says that 90 percent of its budget is used for resettling refugees, but that it keeps $2 million on hand for administrative costs. That means that its total budget would be in the neighborhood of $20 million.

It also claims that any budget surplus is returned to the federal government.