Protest Takes Place Outside KSTP in Minnesota Against COVID Mandates 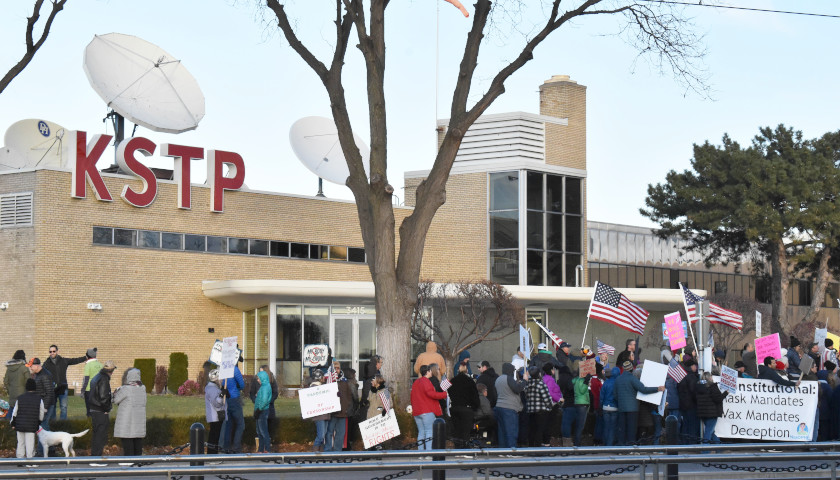 ST. PAUL, Minnesota – A medical freedom protest took place in St. Paul outside of the local ABC affiliate, KSTP 5 EYEWITNESS NEWS. Several hundred people attended the event, which was organized by Mark Bishofsky. People stood on the sidewalks waving and cheering during the protest.

Bishofsky told The Minnesota Sun that the goal of the protest was to get the attention of local news organizations that he said he feels have largely ignored their medical freedom movement. Protesters gathered with American flags and signs that read things such as, “Coercion is not consent” and “Do not honk if you believe in Communism.”

In a recent blog post on his website, Stop the Mandate MN, regarding the event, Bishofsky wrote, “The media has been ignoring us and they outright lie about the attendance numbers at our events so we’re bringing our peaceful message directly to their doorstep.”

Two Republican gubernatorial candidates were present and gave short speeches at the event. Mike Murphy spoke, encouraging participants to get involved in Minnesota elections and “take back our state.” 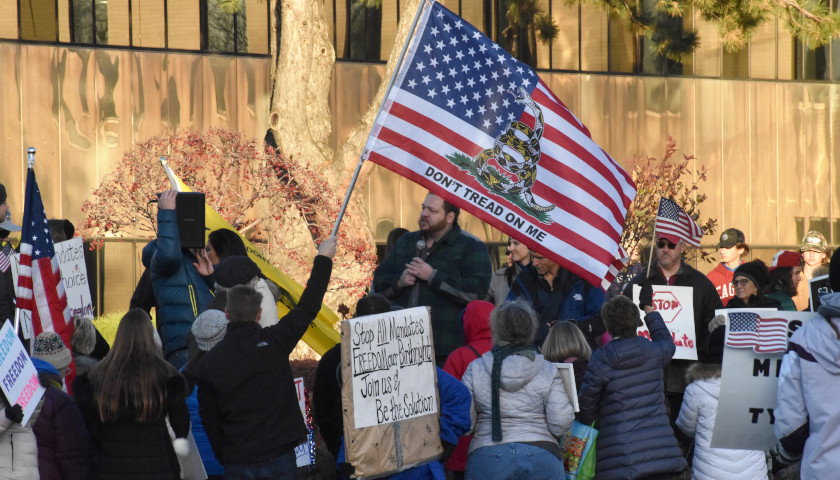 Dr. Neil Shah also shared for a few minutes, saying that his family immigrated to America for the freedoms it had to offer. He said he is seeking to protect those freedoms if he gets elected as Minnesota’s next governor. 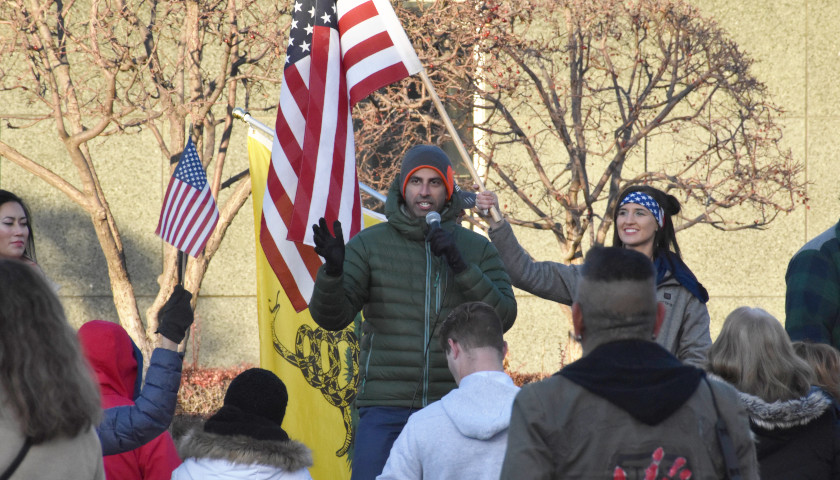 There was a large police presence, with squad cars driving past and parked in visible areas around the KSTP building.

The crowd received honks and waves from many driving past. One person walking on the opposite side of the street called the protesters “idiots.”

This is one of several protests and rallies that Bishofsky has organized. Bishofsky resigned his position as a respiratory therapist and started homeschooling his sons as the result of COVID-related restrictions.