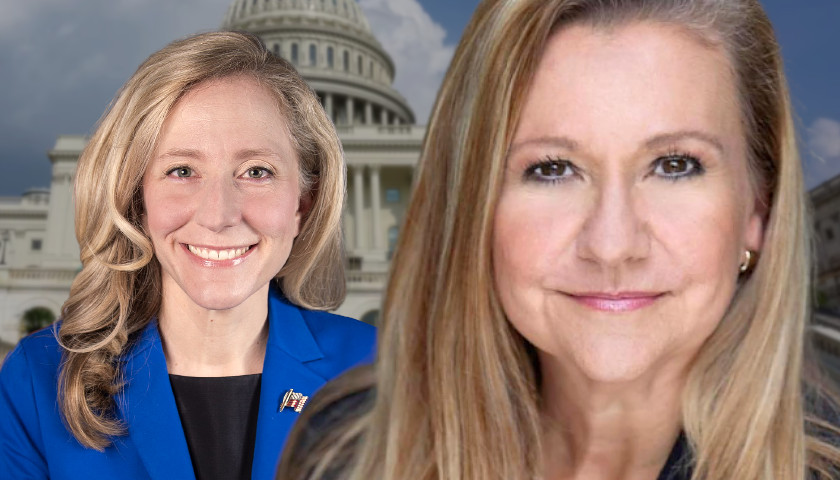 State Senator Amanda Chase (R-Chesterfield) has announced her candidacy for Virginia’s Seventh Congressional District. On Wednesday, she made multiple radio talk show appearances and held a press conference in the Virginia capitol.

“We need a specific type of demographic to beat Abigail Spanberger. I am a suburban mom from Chesterfield, and that determines who wins in the Seventh District,” Chase said on the John Fredericks Show. “I know the people of the seventh. I’ve worked for all the winning congressmen. It was my job to get them reelected. And so I know how to do it.”

Chase touted her work on behalf of parents in both the Seventh District and in school board races for 20 years. “We looked at the Youngkin campaign. What was the predominant issue? Parents want to be included in their child’s education,” she said.

Chase is the second state senator to announce a run for the seat; Senator Bryce Reeves (R-Spotsylvania) is also running. Chase does not caucus with Senate Republicans, and during her campaign for the gubernatorial nomination last year, Reeves’ staffer Mark Snesavage led the Unfit Virginia PAC, which aimed at preventing Chase’s nomination. Despite her popularity with the pro-Trump base, conventional wisdom suggested Chase was un-electable in the gubernatorial general election. The Republican Party of Virginia (RPV) settled on holding a convention instead of a primary for that nomination; the decision was seen as a move to block Chase from winning the nomination.

Despite the nomination format, Chase received about 20 percent of the votes in the seven-way race. Since then, she’s continued to reach out to Virginia’s Republican base with consistent calls for action on election integrity legislation alongside support for the GOP ticket.

Even if party officials pick a nominating format that disadvantages Chase, she starts with an advantage, running in a more-local nomination that includes part of her district where she has been in office since 2015.

“Somebody’s going to have to beat her, or she is going to be the nominee,” Fredericks told The Virginia Star. “There’s nothing in the campaign that I asked her to do to help get Trump voters out for Glenn Youngkin that she didn’t to, nothing. Whatever I asked her, she was there immediately.”

There’s some uncertainty about what the final lines for the Seventh District will look like due to 2020 Census delays and a collapse of the Virginia Redistricting Commission. Chase will likely run in any district she ends up in except for the fifth.

Chesterfield GOP Chair Rick Michael told The Star that without knowing what the district lines will be, it’s too early to comment on any candidate.

Due to the political environment, Republicans expect to perform well in the general election.