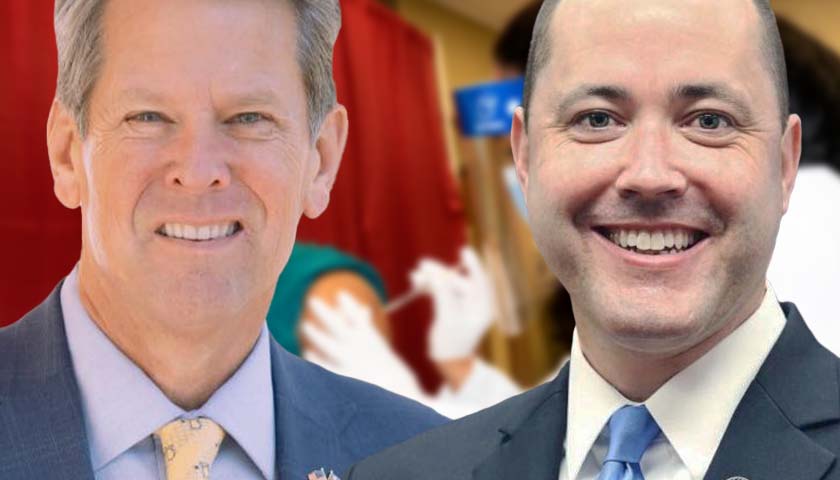 Kemp and Carr announced this in an emailed press release.

Kemp said in the press release that President Joe Biden’s mandate “will only worsen worker shortages in a critical-need area.”

Carr, meanwhile, said in the press release that Biden is acting recklessly.

“With this latest unconstitutional mandate, the Biden administration is targeting a health care community that is already reeling from the impacts of a global health pandemic,” Carr said.

“Georgia health care providers, particularly those located in our rural areas, cannot afford to lose workers or lessen care services due to the unlawful actions of the federal government. We will continue to stand up for the rule of law and defend against this blanket mandate as we work to protect the citizens of this state.”

The plaintiffs are asking the court to enjoin the U.S. Department of Health and Human Services and CMS from enforcing the mandate on individuals working at Medicare and Medicaid-certified facilities.

The lawsuit asserts the vaccine mandate is unlawful and unconstitutional for many reasons. In the press release, Kemp and Carr said the mandate:

• Was issued without statutorily required public notice and comment

• Is arbitrary and capricious

• Was issued without consulting the appropriate state and local agencies

Georgia has joined Louisiana, Montana, Arizona, Alabama, Idaho, Indiana, Mississippi, Oklahoma, South Carolina, Utah, and West Virginia in filing the lawsuit with the U.S. District Court for the Western District of Louisiana (Monroe Division), according to the press release.