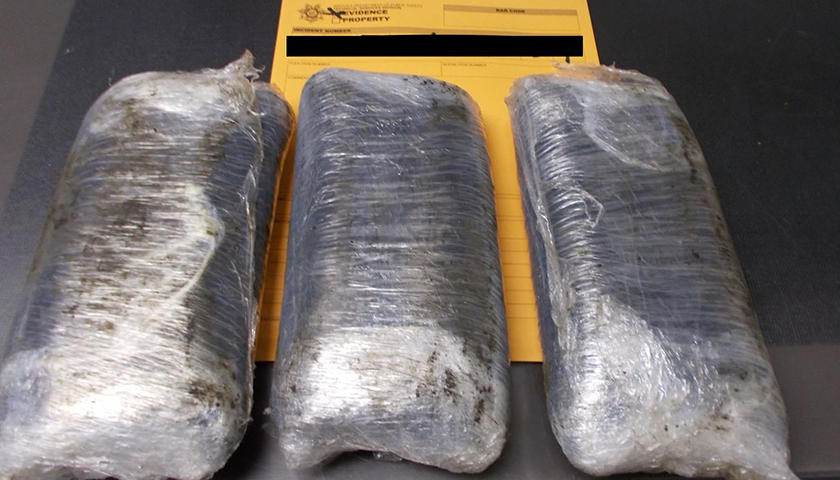 On Interstate 10, troopers with the Arizona Department of Public Safety conducted a traffic stop on a truck, finding 35 pounds of packaged heroin concealed within the pickup.

The driver, a Tucson resident, was arrested on Friday and charged with transportation of narcotic drugs for sale, with the drugs totaling a street value of over $400,000.

In an additional stop on Interstate 10, near Casa Grande, a vehicle produced 8.2 pounds of suspected fentanyl pills, a number that would yield approximately 30,000 fentanyl pills.

The two traffic stops are similar to a concerning trend.

Earlier this month, troopers with AZDPS seized over $1.7 million in illegal drugs while performing a traffic stop. The stop, performed on Interstate 10 near Marana outside of Tucson, produced 34 pounds of fentanyl pills hidden in the vehicle. Additionally, law enforcement officers obtained a warrant to search a separate vehicle.

In the second vehicle, authorities discovered over 37 additional pounds of fentanyl pills, 8 pounds of methamphetamine, 7 pounds of heroin, and 4.95 pounds of an unknown substance.

“We have a new drug, and this one – in my opinion – is to an extent more insidious, because it’s more subtle. A pill doesn’t have the stigma that, say, a needle or a glass pipe has. It doesn’t take a lot for somebody to put a pill in their mouth,” AZDPS Director Heston Silbert said when discussing fentanyl pills.

The drug is highly lethal, as just two milligrams can be fatal according to the Drug Enforcement Administration (DEA).

Furthermore, the drug is becoming more accessible. There have been more seizures of fentanyl in 2021 than any previous year in recent times.

According to the Arizona Department of Health Services, more than 11,000 individuals have died of opioid deaths in the past four years.