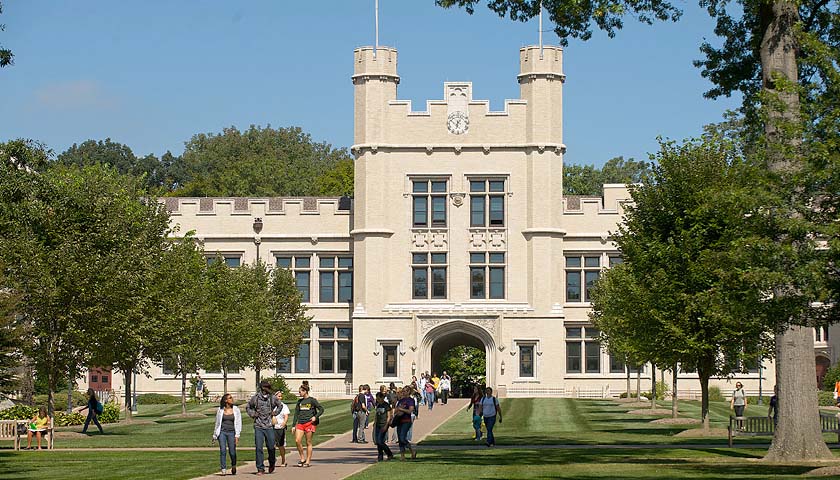 An anonymous group recently distributed a list of demands alongside via flyers labeled “The Black Manifesto” at The College of Wooster, located in Wooster, Ohio. The flyers demanded that the school respond, and it did so by holding a town hall—followed by an email apologizing for perceived dissatisfaction with the event.

Flyers found around campus were divided into two sections: “Word on the Street” and “Demands.”

“I am at the point in my life where I can affect change. To deny myself this opportunity is to deny my children of the same dream MLK had. We all quote his words, but who ever applies them? Sometimes I feel like he knew he was going to die. Like that speech ‘I have been to the mountaintop’ , is his last hurrah – a final goodbye to his people. To us,” the flyer starts.

The flyer continues, “This is my Manifesto. I like the importance of that word. The weight of it. ‘Manifesto.’ What does it truly mean? To me, it is a bible of sorts. A guidebook, a manual, at times even a fable.”

The second section of the flyer is a list of demands for The College of Wooster.

The flyer also includes a demand that Black students should “stop having to constantly bear out our traumas to justify why we need to receive aid and scholarship,” and a demand that the university respond to the manifesto “in its entirety” within a week.

A student currently attending The College of Wooster confirmed the veracity of the flyer obtained by Campus Reform.

The student requested to remain anonymous in order to protect his identity, as “many students who I have spoken with are terrified to speak out on campus in fear of social ostracization.”

“The flyer was anonymously written, and the author has yet to make themselves known. All that can be certain is that the Manifesto was written by a Black student here at The College of Wooster and a majority of vocal students and faculty – of color and otherwise – agree with the contents of the Manifesto,” shares the student.

The student also told Campus Reform about the outcomes that have resulted from the letter so far, which include a town hall meeting and an email response to concerned students.

“Today (Oct. 20), the President of the College responded to a mass email sent by a student following the town hall meeting. In the President’s email, she states that she will respond to the Manifesto by the end of this week as the Manifesto’s author(s) had demanded,” revealed the student.

Campus Reform obtained a copy of the university President’s email, acknowledging the town hall meeting that was held in regard to ‘The Black Manifesto’s’ demands.

The email sent by President Sarah Bolton seems to indicate the town hall meeting did not go as planned, with many apologies scattered throughout the message.

“I understand and am sorry that the meeting was frustrating and disappointing, and that some questions – including many in the chat – were unanswered, and also that my answers were often not helpful,” reads the email.

But Bolton doubled down on her promise to address the concerns of the manifesto.

“As promised, we will respond in writing to the demands in the Manifesto before the one week deadline that falls on Monday. We will also respond to many of the additional concerns expressed in the meeting at the same time.”

“We are taking everything that was shared and will use it to make the concrete plans we will describe in our responses before the deadline,” Bolton concluded. “Again, thank you for writing and for expressing what I am sure was felt by many people.”

Another student on campus, who also chose to stay anonymous “for [her] safety on campus,” provided Campus Reform with more information about the school’s current situation.

“One aspect about my views and others who don’t necessarily agree with the demands or take issue with how anti-racism is being handled on campus is the complete silencing of counter voices. An anonymous student claimed that of a man of color, he disagreed with the Manifesto and its contents, and someone responded to him with hateful comments questioning if he were actually black and telling him to shut up,” the student shared.

The student said that during the town hall meeting “many Black students were calling for White students to keep quiet and not speak, while simultaneously calling White students and faculty to take action about the racism taking place on campus.”

Campus Reform reached out to The College of Wooster and President Sarah Bolton for comment, but did not receive a response.

Logan Dubil is a Pennsylvania Correspondent for Campus Reform. He is currently a junior at Point Park University majoring in Marketing and Sales as well as minoring in Political Science, hoping to graduate in the Spring of 2023.
Photo “The College of Wooster” by The College of Wooster.