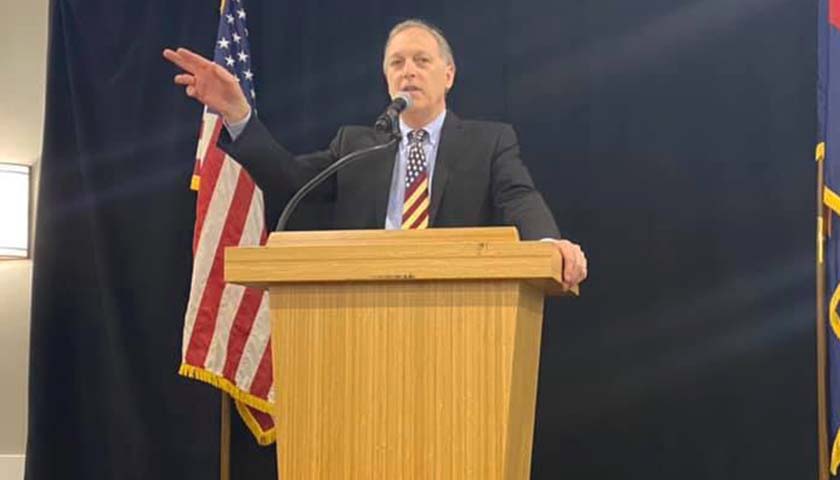 U.S. Representative Andy Biggs (R-AZ-05) advised both Democratic and Republican lawmakers that they will regret the passage of a $1.2 trillion infrastructure bill passed earlier this month.

Pointing to the rising cost of energy consumption and many other services, Biggs described that the new legislation may impose added “inflationary pressure.”

“But, if this is an inflationary bill, this one, the infrastructure, as well as the reconciliation bill, what’s going to happen is they’re not telling you. They’re forgetting apparently that $400 billion of that bill is – has no spending or excuse me, no revenue source attached to it,” Biggs described on Fox Business Network.

In recent weeks, members of both political parties have continuously debated the bill and its connection to a larger spending package presented by President Joe Biden, as progressives have pushed for increased spending.

Biggs also claimed that Democratic leaders may attempt to permanently extend some of the temporary measures in the package.

“Make no mistake: They will reduce the spending upfront, but they’re going to institute programs that are long term. So, this is like allocating one-time dollars to spend for ongoing programs. And, that’s going to be inflationary in and of itself. They are going to put mandates and regulations that are going to also stifle the economy,” he said.

However, as prices across the country continue to soar, Americans may feel the effects of continued government expansion.

“And, they think that they’re going to have a big win here. But, when heating oil goes up this winter, and you throw the inflation in there as well, it’s going to be tough for Democrats to justify this and quite frankly, my Republican colleagues who’ve supported this,” Biggs said in the interview.