Black Conservatives Warn of ‘Energy Poverty’ If Line 5 Is Closed 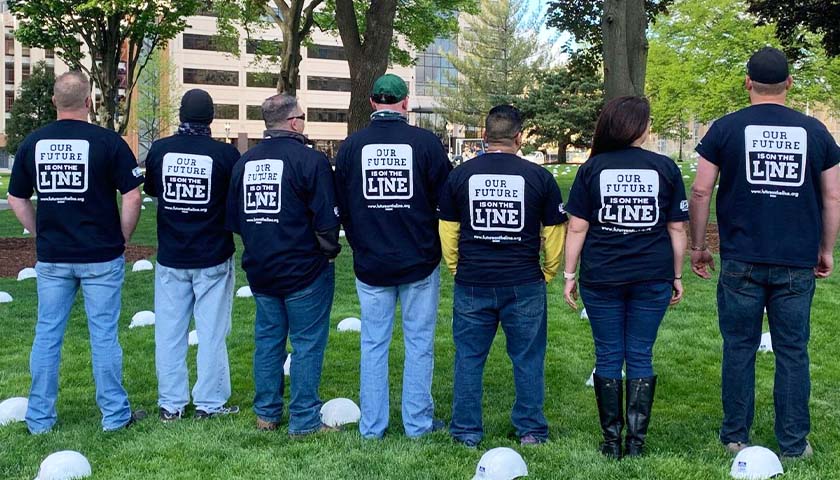 Citing the potential threat of energy poverty, a national organization of Black activist groups has appealed to President Joe Biden’s administration to allow the Line 5 pipeline to remain open.

Project 21 is an initiative sponsored by the National Center for Public Policy Research in Washington, D.C. The initiative includes members and organizations aimed at providing conservative solutions to problems facing African-American communities.

Project 21 and its affiliate groups and members are responding to the revelation this week from the Biden administration that it is exploring whether to support Gov. Gretchen Whitmer’s efforts to close the five-mile stretch of pipeline spanning the Straits of Mackinac. Whitmer and Attorney General Dana Nessel are also seeking to prevent the building of a $500 million tunnel to house the pipeline. Costs of the tunnel would be shouldered completely by Enbridge Inc., the Canadian company that owns and operates the Line 5 pipeline, which has been in operation since 1953.

Among the problems Project 21 seeks to address is energy poverty, which Project 21 member and Reaching America President Derrick Hollie told The Center Square is exacerbated by government policies that result in higher heating fuel and gasoline costs. Those higher costs force lower-income families to sometimes choose between food and other amenities such as gasoline to drive to work and keeping their homes warm in the winter and cooler during the summer.

“Why would President Biden want to increase the misery of people already trying to keep up with the inflation he caused? It’s absurd that he wants to increase their misery by reducing the flow of oil into the Great Lakes region at the onset of winter,” Project 21 member Emery McClendon said in a statement. “America needs this vital pipeline to remain open. Americans must not be denied the ability to stay warm during the harsh winter ahead. Closing down the Line 5 pipeline will unduly affect Americans’ standard of living – especially those living in black communities who are already struggling to make ends meet.”

Research conducted by Jason Hayes, environmental director at the Mackinac Center for Public Policy, and Isaac Orr, policy fellow at the Center for the American Experience, and published in September 2020, concluded even the temporary closure of Line 5 could result in the following consequences:

Hollie contrasted the energy independence enjoyed by the United States in 2019, compared with projections for price increases for the upcoming winter months. Citing U.S. Energy Information Administration data as quoted by the New York Times, he said electricity heating costs could rise 15% per household; increase 50% for households heated by natural gas; and 59% for households relying on heating oil. Houses heated by propane could experience an astronomical jump of 94%.

“By 2019, not only were we energy independent,” Hollie said. “We had also surpassed Saudi Arabia and Russia as the Number One oil production net exporter.”

Hollie said he thinks climate change is a reality, but does not consider it as much of a crisis as the energy policies that drive up costs for not just persons of color but every family struggling from paycheck to paycheck.

“Environmental Justice is ridiculous as energy policy,” Hollie said. “I haven’t read any white paper or read any research or polling data that says climate change is the number one problem facing the nation. It’s certainly not the first thing on the mind of Black communities.”

Bruce Walker is a regional editor at The Center Square. He previously worked as editor at the Mackinac Center for Public Policy’s MichiganScience magazine and The Heartland Institute’s InfoTech & Telecom News.
Photo “Project 21 Protests Line 5 Closure” by Scott McClallen.