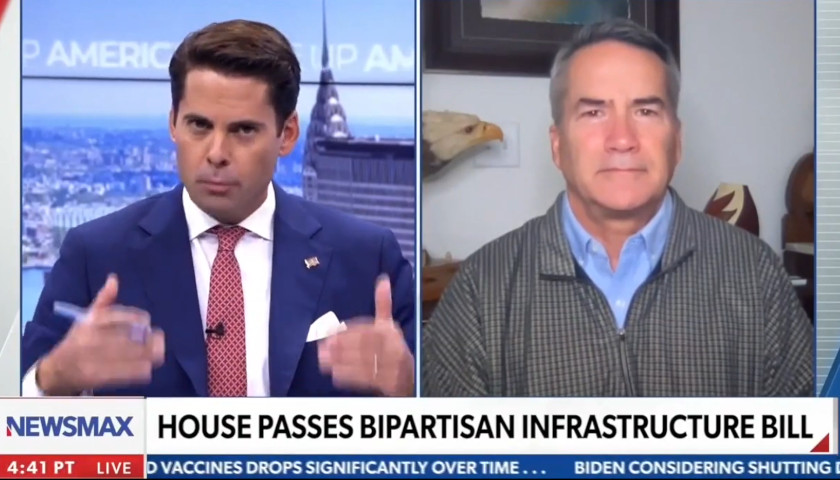 Representative Jody Hice (R-GA-10) last week said President Joe Biden is not governing like someone who has intentions of running for reelection in 2024.

Hice said this as he appeared on Newsmax.

“Joe Biden is so out of his league right now. It is sad to watch. He is not capable of running the country. Every decision he is making has not been in the best interests of our country. In fact, it’s been harmful, and the polls reflect that. And the Democratic Party knows they have a problem in the White House and in the vice presidency,” Hice said, referring to Kamala Harris.

“Her poll numbers are even worse than Biden’s. The Democratic Party has an enormous vacuum of leadership, unpopular leadership, people the American people do not like or trust and do not want. Add to that the policies that they are cramming down the throats of the American people. This is a time that the Democratic Party literally is in panic mode.”

Hice tweeted last week that Americans are paying more at the pump and at the grocery store and paying more money to keep their homes warm.

“And what is Joe Biden doing about it? Scrambling to ram his socialist agenda down the throats of the American people and pocket MORE of your hard-earned money,” Hice tweeted.

Americans are paying MORE at the pump, MORE at the grocery store, and MORE to keep their house warm.

And what is Joe Biden doing about it?

Scrambling to ram his socialist agenda down the throats of the American people and pocket MORE of your hard-earned money. pic.twitter.com/wEDjeWCntd

Hice declared earlier this year that he will run for Georgia’s secretary of state and attempt to unseat incumbent Brad Raffensperger. Former President Donald Trump endorsed Hice in March.

Representative Andrew Clyde (R-GA-09) said this week that he voted against the recently passed federal infrastructure bill because it contributes to more government waste. He also said the bill stretches out the deficit and doesn’t concentrate enough on security at the U.S.-Mexico border.

Chris Butler is an investigative journalist at The Tennessee Star. Follow Chris on Facebook. Email tips to chrisbutlerjournalist@gmail.com.
Photo “Jody Hice” by Newsmax.