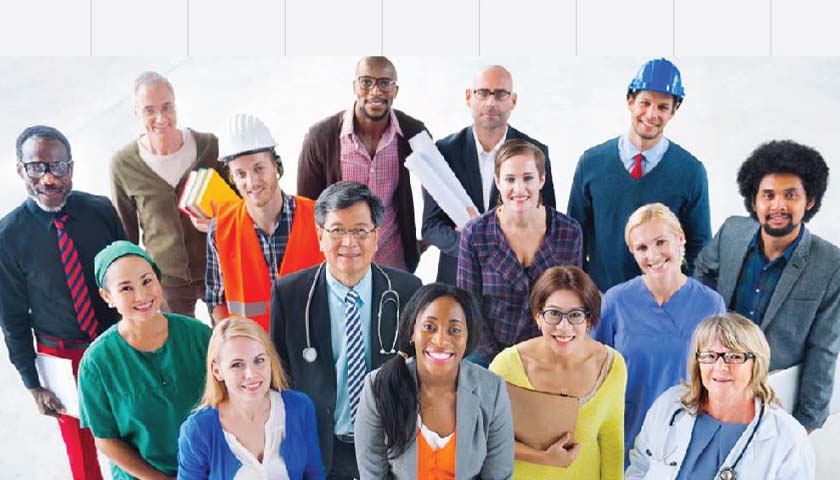 The Virginia Employment Commission (VEC) is starting to recover from over a year of unemployment insurance (UI) backlogs and call wait times brought on by unprecedented demand during COVID-19, according to a final report from the Joint Legislative Audit and Review Commission (JLARC.) But the VEC crisis highlighted long-term systemic problems in the agency, and the agency still has a long way to go.

“As you’ll hear, some backlogs have been reduced, and call center performance has been improved somewhat, but there are increasing backlogs in other areas. There remain substantial challenges for the agency in the coming weeks, months, and even years,” JLARC Director Hal Greer told legislators on Monday.

In 2020 during the first two months of the pandemic, new UI claims spiked by a factor of 34, hitting 236,000 in April 2020, while continued weekly claims increased by a factor of 13 hitting 1.3 million, according to the JLARC report.

At the same time, the VEC temporarily closed some offices and stopped providing in-person service at most locations due to the pandemic. From March through December 2020 VEC staff worker 191,000 hours of overtime — 1,600 percent more than in 2019.

Gradually, the crisis began gaining broader attention in Virginia, highlighted by a massive backlog in processing certain claims that required extra adjudication. A lawsuit was filed on behalf of would-be UI-recipients, leading to a settlement and an Executive Order in May requiring faster claims processing and more call center staff.

In September, JLARC reported that that only four percent of roughly two million calls were answered in June, with an average 10-hour customer wait time, including callbacks where customers aren’t waiting on the line. Additionally, current IT systems make it difficult for call center staff to answer caller questions. In August, the VEC hired a contractor to manage and staff an expanded call center, with a new software solution scheduled to be in place in October, although implementation of that solution has been delayed until this week.

The JLARC presentation Monday reported that 12 percent of calls are answered, and the average wait time is down to 20 minutes.

Several backlogs of claims are down as well: pending adjudications have gone from around 100,000 estimated in the September report to 62,000. Previously bypassed claims have gone down from about two million in May to 473 thousand.

But JLARC’s September report highlighted another issue: shortcuts taken to reduce applicants’ claims processing times led to over payments in 2020 worth cumulatively as high as $930 million. In the November report, JLARC said that in 2021, that could be an additional $322 million.

The federal government requires the VEC to try to recover payments made on fraudulent claims. JLARC reports that the VEC hasn’t done anything to recover that money, leading to a still-growing backlog.

JLARC said that the backlogs and the long call wait times were the result of a broader institutional lack of resiliency that would have enabled them to weather the crisis. That includes a lack of staff, a lack of supervisors, an IT modernization project that is eight years behind schedule, and general inefficiencies that lead the federal government to financially penalize the VEC. Poorly-worded communications with the public and the IT delay leads to more burden on call centers. A lack of automation leads to more labor for VEC’s staff.

One bright point in the report was the UI trust fund, which is funded by employer taxes and is in good condition. Still, the VEC found that manual paper-based processes, plus a lack of targeted audits, means the VEC is less efficient at collecting UI taxes that employers owe.

“UI trust fund has been effectively managed, but VEC should take steps to maximize trust fund revenues,” the report states.

JLARC included some recommendations in the September report, with more in the final report. The report comes as legislators are preparing their priorities for the upcoming General Assembly session, and as Republicans in the executive and legislative branches prepare to re-take the lead on policy.

JLARC Associate Director Tracey Smith told the legislators, “There are some pretty straightforward actions though, that we think should be taken immediately and that we recommended a couple of months ago in our September interim report to you. And I just wanted to highlight one for you which has not been fully implemented, and that is to take some common-sense steps to improve the understandability of written communications so that the public understands unemployment insurance requirements clearly enough to follow them.”

Some of JLARC’s recommendations focus on increased oversight from the executive and legislative branches. Others include strategies to improve the agency’s resiliency and staffing in response to crises. The report also recommends seeking new features to add to the already-outdated modernization upgrade.

“We’ve covered a lot of ground in our study and developed a total of 40 recommendations to be taken up by the VEC and the General Assembly to address the many operational challenges our research identified. Many of these recommendations can and should be implemented as soon as possible,” Principle Legislative Analyst Lauren Axselle said. “Effectively carrying out these recommendations will require proactive strong leadership at the agency and in the administration.”