Commentary: Youngkin Shock Win in Virginia Vote of No Confidence in Biden, Portends Red Wave for GOP in Congress in 2022 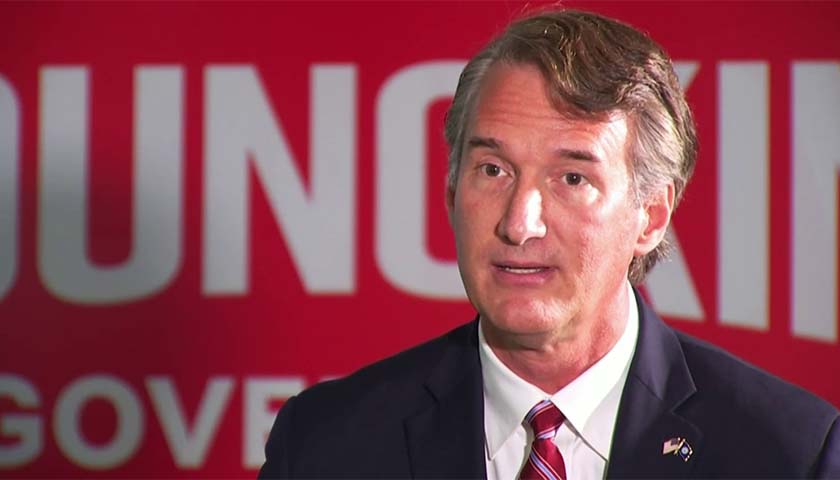 This is one of the greatest votes of no confidence in the 21st Century.

Against the destructive policies of President Joe Biden, a torrent of spending that has brought back memories of the 1970s — surging inflation as the middle class are taxed their savings at the grocery store and then scenes of American defeat overseas in Afghanistan that stranded hundreds of Americans and thousands of American allies, who now suffer under the tyranny of the Taliban.

Against unconstitutional vaccine mandates that are pitting employers against long-time employees.

Against the Justice Department investigating parents angry about the quality of their children’s education by addressing it at school boards.

Against the Biden administration’s wholly inadequate response to the strain on America’s supply lines.

Glenn Youngkin’s improbable win in Virginia to take the governor’s race for the Republican Party for the first time since 2009, coupled with Jack Ciatarelli’s surprisingly strong showing and possible gubernatorial upset in New Jersey, all harkening back to Bob McDonnell in Virginia and New Jersey’s Chris Christie’s upsets in 2009.

All of which may serve as a precursor to a red tidal wave in 2022 for Republicans running for Congress, state houses and legislatures and governorships across the country.

For perspective in Virginia, in 2020, President Joe Biden won the state by 10 points against former President Donald Trump, 54 percent to 44 percent. And in 2017, Democratic Gov. Ralph Northam beat Republican challenger Ed Gillespie by 9 points, 54 percent to 45 percent. That followed a close race between McAuliffe and former Virginia Republican Attorney General Ken Cuccinelli in 2013, when McAuliffe won by just a point.

The race in Virginia tightened in the closing days as Biden’s approval rating has been tanking.

For the 2022 Congressional midterms, Quinnipiac’s early October poll has Republicans leading, 47 percent to 44 percent, but most outlets still show Democrats leading. Watch for that to turn on a dime now that Virginia and even a state like New Jersey is in play.

This is all terrible news for Biden and Democrats.

All more than enough for Republicans to take back one or both chambers of Congress in 2022. Which is why Virginia is so important as a bellwether. And so is New Jersey.

This is a national wave taking place. In 2010, Republicans trounced Democrats and picked up 63 seats in the House and 6 seats in the Senate. And that was with the relatively charismatic Barack Obama in office.

With the economy overheating and so many problems and an absentee president, 2022 could be even more impactful.

This is a vote of no confidence in Biden, and Democrats in Congress are about to start heading for the K Street life rafts. Watch out.

Robert Romano is the Vice President of Public Policy at Americans for Limited Government.
Photo “Glenn Youngkin” by WSLS 10.