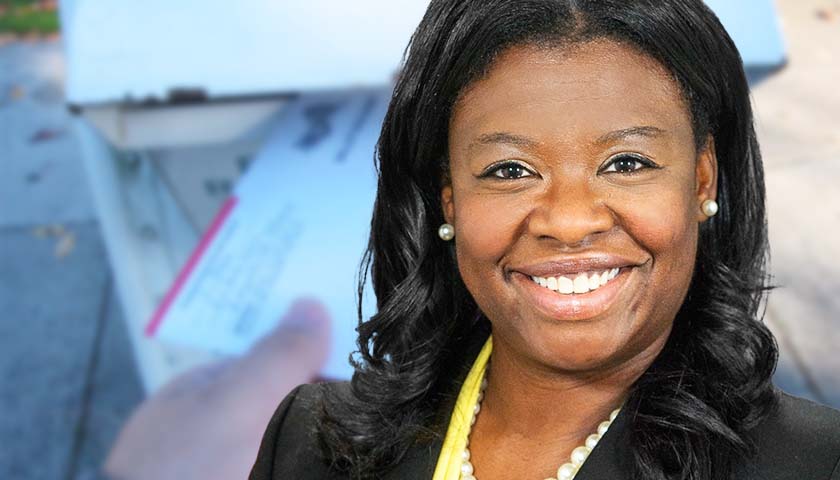 A Pennsylvania legislator is in the process of introducing a package of election-reform bills, one of which would let voters adjust their signatures on their mail-in ballots when election officials identify problems with those signatures.

State Rep. Regina G. Young (D-Philadelphia) reasoned that it is common for an individual’s signature to vary over the years. County boards of elections nonetheless presently have the prerogative to void a mail-in ballot if the signature on that ballot fails to match the signature the county has on file for the voter.

“The current practice of immediately rejecting ballots over a signature discrepancy only serves to silence the will of the people,” the representative said in a statement. “As elected officials, we cannot allow this to happen—it is our solemn duty to make their voices heard. We must ensure that all eligible voters participate in our elections and trust that their ballot is counted, even if their signature has changed over the years.”

Under Young’s proposed revision, a county board of election that is unsure of the authenticity of a signature an elector has provided would be instructed to advise the voter by either mail, e-mail, phone or text message of the apparent discrepancy. If the elector responds in person or electronically with an affirmation that he or she is the voter who sent in the mail-in ballot and offers proof of identification (or a declaration that he or she is too economically distressed to pay the fee required to obtain state-recognized identification), the ballot would be counted.

Young’s other proposed changes to Pennsylvania’s Election Code include measures to allow pre-canvassing of mail-in ballots, an idea that has garnered bipartisan support since absentee voting has recently become much more common in the Keystone State. In 2020, for the first time, Pennsylvanians could vote via mail-in ballot without needing to provide an excuse (i.e., suffering a physical ailment or being out of town on Election Day). Young’s legislation would require a county to pre-canvass ballots at least once at any point within a week prior to Election Day.

“…County election workers now have significantly more work to complete on Election Day as state law pertaining to the pre-canvassing of ballots was not updated alongside the introduction of no-excuse voting by mail,” she said. “This oversight effectively prohibits county boards of elections from having adequate time to open, sort, and count all ballots received.”

Young is the second Pennsylvania Democratic lawmaker in recent days to offer a series of election reforms, some of which slightly loosen the state’s election-security policies. Her House colleague Scott Conklin (D-State College) began seeking sponsors last week for election-reform legislation that would explicitly authorize “curing” of mail-in and absentee ballots on which county officials observe errors or omissions. Such mistakes could include lack of a voter’s signature or of the date on which the elector filled out the ballot.

Ballot curing became highly controversial last year when it was discovered that a number of Pennsylvania counties—largely Democratic urban and suburban areas—allowed the practice when Republican counties typically did not. Last November, President Donald Trump, in litigation challenging the presidential-election results in Pennsylvania, partly relied on an argument that the U.S. Constitution’s guarantee of equal protection of the laws was not accorded to voters because some counties cured ballots and others did not.