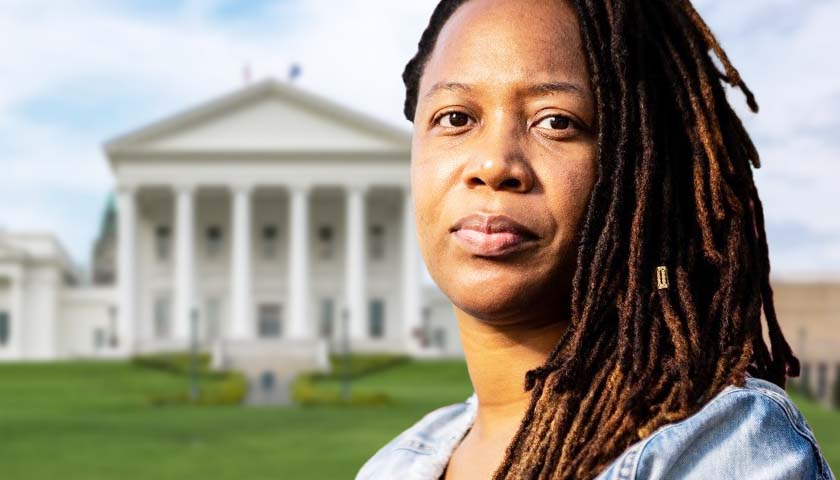 Although most of the talk around Virginia’s 2021 gubernatorial race has focused on Republican Glenn Youngkin and Democrat Terry McAuliffe, voters will have a third name to choose from on their ballots next week – Princess Blanding.

“I am a working class Virginian and the only candidate who will fight to uplift the voices and address the needs and concerns of the working class, our Black and Brown community members and our most marginalized community members,” Blanding told The Center Square in an email. “I am the only candidate that will put people over profit and politics to ensure that liberation is a human right, not a privilege for all Virginians.”

Blanding, who is running in the newly formed Liberation Party, is trying to capture votes from Virginains who feel left behind by the two party system, particularly those who care about racial justice, social justice and environmental justice. Although she has not broken past 2% in most major polls, she is running further to the political left than McAuliffe and could have an impact on the final results as polls are showing a virtual tie between the two frontrunners.

“The primary focus of her campaign is on social justice and criminal justice reform,” Alex Keena, a political science professor at Virginia Commonwealth University, told The Center Square. “It’s possible that she might appeal to left-of-center voters who are unsatisfied with Terry McAuliffe’s record and positions on race and racism. Hypothetically, this could help [Glenn] Youngkin. …If Youngkin manages to win by a very narrow margin of victory, it will likely force the Democrats to do some soul searching to figure out how they can win over voters who prefer Blanding over McAuliffe.”

McAuliffe was widely criticized when he said during a debate that parents should not tell schools what to teach their children. Although McAuliffe secured endorsements from many high-profile Democrats, one of his primary opponents for governor refused to endorse him and instead threw his support behind Blanding. Del. Lee Carter, D-Manassas, who got 2.8% of the party’s primary vote, tweeted out his support for Blanding in June, saying he planned to vote for her. In the primary debates, Carter accused McAuliffe of backing corporate interests during his first term as governor between 2014 and 2018.

Blanding said she supports increasing the minimum wage to $15 per hour immediately, rather than waiting until 2024, and said she would work to expand workers rights to unionize and collectively bargain, expand protections for safe working environments and bring renewable energy jobs to the state. She also supports housing for all, Medicare for all and food sovereignty.

“We’re continually dealing with politicians who put profit over people, and they keep delivering us crumbs,” Blanding said. “Terry McAuliffe was a major fundraiser for the Democratic Party and that’s what he knows how to do best, raise billions of dollars. We’re watching performative politics and have legislators who we have entrusted to uplift the voices, needs and concerns of all Virginians, but they continue to take the path of least resistance. …I will fight for, protect, and facilitate the power of the working class in Virginia to ensure more equitably shared wealth and power.”

During the 2013 gubernatorial election, third-party candidate and Libertarian Rob Sarvis earned about 6.5% of the total vote and McAuliffe won the governorship with less than 48% of the total votes cast. During that election, Republicans accused Sarvis of tilting the election in McAuliffe’s favor; however, Keena noted that Blanding’s campaign has been less successful than Sarvis’s campaign and the effect of third party candidates on final results is hard to determine.

“[Sarvis] took more than [6%] of the statewide vote, which was much larger than the margin of victory between McAuliffe and [Ken] Cuccinelli,” Keena said. “However, it’s not clear that these voters would have supported Cuccinelli if they had known their votes could have shifted the results. Often, when voters support a third-party candidate, they are casting a protest vote. Few third-party voters believe their candidate will win. Instead, they are often dissatisfied with the major party candidates, and, instead of not voting, they vote for a third-party alternative as a way to express their preferences while doing their civic duty.”

Blanding’s campaign has also not reached anything close to the same level of funds as Sarvis did, nor has she gotten the same amount of publicity, Keena said.

The election is Tuesday, Nov. 2.

Tyler Arnold reports on Virginia and West Virginia for The Center Square. He previously worked for the Cause of Action Institute and has been published in Business Insider, USA TODAY College, National Review Online and the Washington Free Beacon.
Photo “Princess Blanding” by Princess Blanding. Background Photo “Virginia State Capitol” by Martin Kraft. CC BY-SA 3.0.